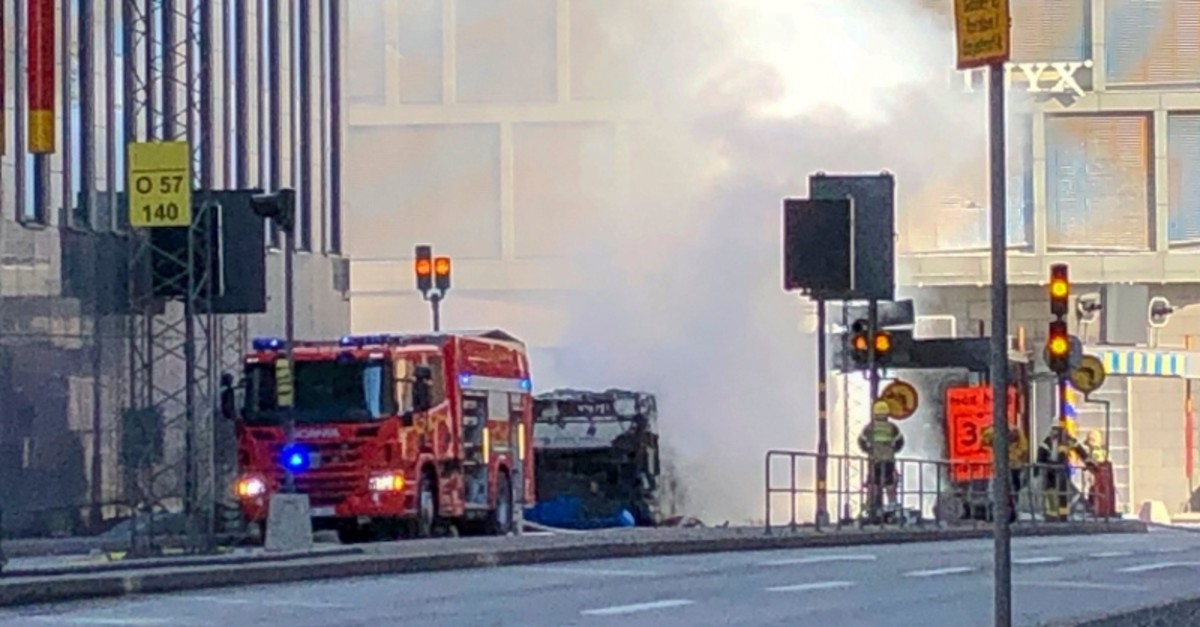 An emergency vehicle stands in front of the bus that exploded and caught fire in central Stockholm, Sweden on Sunday March 10, 2019 (AP Photo)
by Compiled from Wire Services Mar 10, 2019 3:19 pm

Swedish media say a Stockholm city bus that didn't have any passengers on it caught fire from an explosion in Stockholm, but there were no signs it was a terror attack.

Sweden's Aftonbladet newspaper reported the bus driver was rushed to the hospital but no one else was known to have been injured.

Police said on Twitter that initial findings showed there were no passengers on board the bus at the time of the explosion. They added that the explosion was near the main station in Norrmalm district.

Stockholm fire and rescue officials were called to the Klara Tunnel in central Stockholm at about 11:25 a.m. local time Sunday

Authorities said the bus might have collided with barriers that hang above the tunnel's entrance.