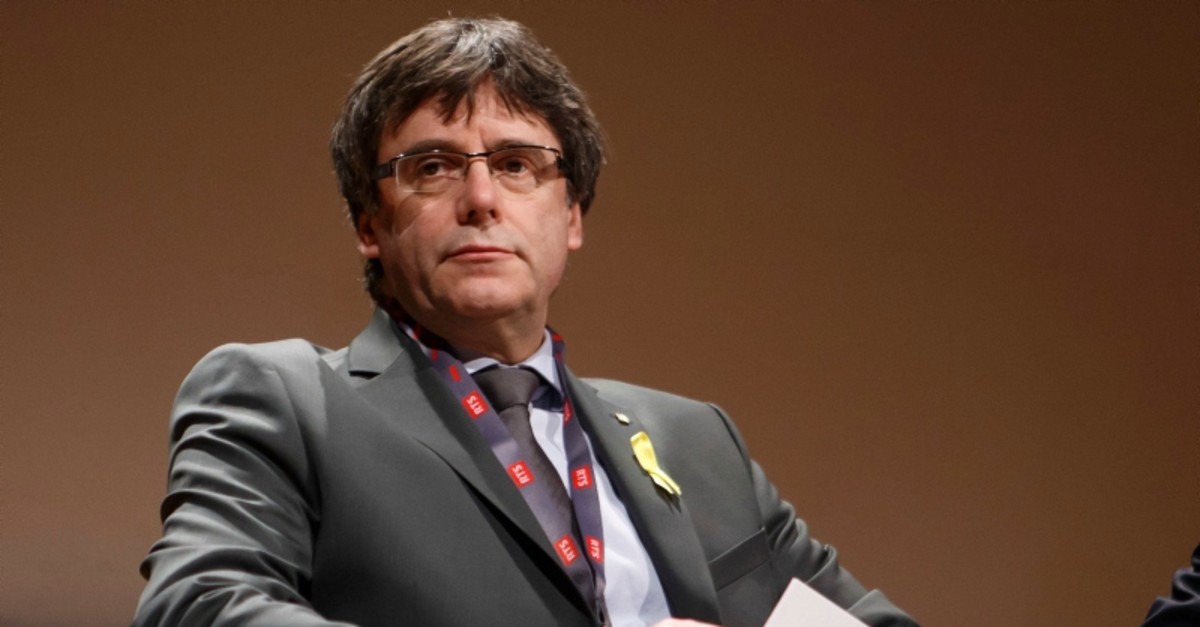 Former Catalan leader Carles Puigdemont, who led a failed attempt to break Catalonia from Spain in 2017, was chosen to represent his separatist party in European Parliament elections in May, the party said Sunday.

Puigdemont, who lives in self-imposed exile in Belgium, was selected by the pro-independence Junts per Catalunya (JxCat) party during a meeting to pick its candidates.

"We believe that the best way to continue internationalising the conflict and that Europe understands what is happening in Catalonia... is that this candidacy be headed by Carles Puigdemont," Elsa Artadi, a JxCat lawmaker in Catalonia's regional parliament, said on Twitter.

The push by Puigdemont and his party to hold an independence referendum in October 2017 in defiance of a court ban sparked Spain's deepest political crisis since its transition to democracy in the 1970s.

The referendum in the wealthy northeastern region was followed by a declaration of independence by political leaders -- a dozen of whom are now on trial.

Puigdemont has lived in Belgium since Spain cracked down on the independence bid and faces prosecution if he ever returns to the country.

"It is time to take another step to internationalise the right to self-determination in Catalonia from the heart of Europe to the whole world," Puigdemont tweeted shortly after his party announced he would be its lead candidate in the EU elections.

Several of the 12 Catalan leaders on trial over the separatist push are also standing for office in upcoming votes, despite the legal proceedings against them.

Former Catalan vice-president Oriol Junqueras, who faces 25 years behind bars if he is convicted of rebellion and misuse of public funds over the 2017 independence referendum, will also stand in the May EU elections.

His ERC party is one of 45 members of the European Free Alliance, a pro-regionalist group that defends the right to self-determination, which announced him as its lead candidate last week.

Three top JxCat members who are among the Catalan separatist leaders on trial -- Jordi Sanchez, Jordi Turull and Josep Rull -- will contest an early general election in Spain on April 28, the party said in a statement.

A fourth JxCat member who is also on trial, Joaquim Forn, will stand in a municipal election in Barcelona on May 26, the same day as the EU election.

The four are seen as close to Puigdemont and they were chosen over more moderate candidates on the issue of Catalans separatism.