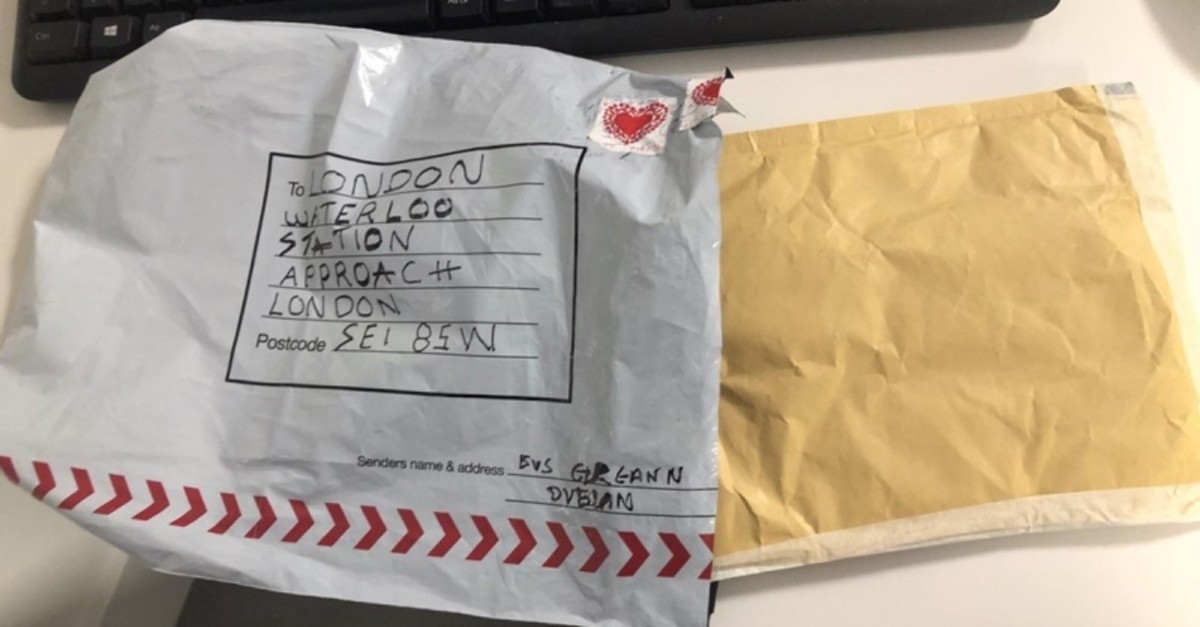 A handout picture taken on March 6, 2019, and released by the British Metropolitan Police Service in London on March 7, 2019, shows an improvised explosive device that was sent to London Waterloo train sation (AFP Photo)
by Compiled from Wire Services Mar 12, 2019 12:00 am

A group claiming to be the Irish Republican Army (IRA) has claimed responsibility for sending improvised explosive devices in five packages to various addresses in London and Glasgow last week.

The claim by the group was received on Monday, March 11 by a media outlet in Northern Ireland, according to local media reports.

The Metropolitan Police said Tuesday that a media outlet in Northern Ireland received a claim of responsibility Monday using a recognized code word.

The group making the claim said five devices were sent, but police have so far only found four — raising the prospect that one package may not have been discovered yet.

"The claim was allegedly made on behalf of the 'IRA,'" police said, referring to the Irish Republican Army. The IRA has been in a cease-fire for years but dissident groups are still active.

Police said they were already investigating possible dissident links to the packages, which did not cause any injuries.

According to the statement, counter-terrorism police are keeping an "open mind" but stopped short of blaming dissidents for the use of the devices.

Small letter bombs that were designed to cause fires were sent last week to Waterloo rail station in central London, offices at Heathrow and London City Airports, and the University of Glasgow.

Airport operations were not impacted.

One of the devices partially burned when opened and caused a small fire.

Police said they have given extensive devices to businesses and the armed forces to protect against the further use of letter bombs.

A link to Ireland had been suspected because Irish stamps were used on the envelopes.