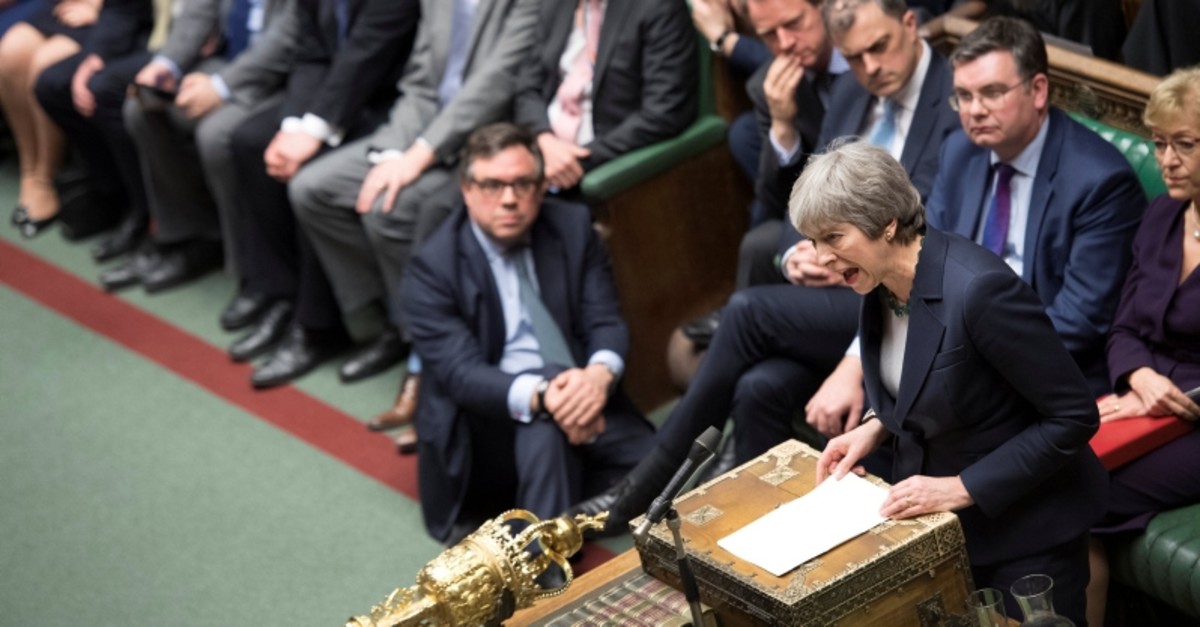 British lawmakers voted overwhelmingly on Thursday to seek a delay in Britain's exit from the European Union, setting the stage for Prime Minister Theresa May to renew efforts to get her divorce deal approved by parliament next week.

Just 15 days before Britain is due to leave the European Union, May is using the threat of a long delay to push Brexit supporters in her Conservative Party finally to back her deal.

A new vote on her deal is likely next week, when those lawmakers will have to decide whether to back a deal they feel does not offer a clean break from the EU, or accept that Brexit could be watered down or even thwarted by a lengthy delay.

Earlier, lawmakers voted by 334 to 85 against a second referendum on EU membership. Most opposition Labour lawmakers did not back the measure and even campaigners for a so-called People's Vote said the time was not yet right for parliament to vote on the matter.

The government narrowly survived an attempt to give lawmakers control of the parliamentary agenda on March 20 with the aim of forcing a discussion of alternative Brexit options at a later date.

May's authority hit an all-time low this week after a series of humiliating parliamentary defeats and rebellions. But she has made clear her plan is still on the agenda, despite twice being rejected by an overwhelming majority in parliament, in January and again on Tuesday.

May's spokesman said earlier on Thursday that she would put her Brexit deal, struck after two-and-a-half years of negotiations with the EU, to another vote "if it was felt that it were worthwhile".

Seeking to win over dissenters, she has given rebellious Conservative lawmakers a thinly-veiled warning that a failure to back her plan could mean no Brexit at all.

Britons voted by 52-48 percent in a 2016 referendum to leave the EU, a decision that has not only divided the main political parties but also exposed deep rifts in British society.

Pound has swung more wildly this week than at any point since 2017, rising from below $1.30 to a nine-month high of almost $1.34 as investors bet Britain would avoid a no-deal Brexit.