Area near EU headquarters in Brussels evacuated over bomb threat 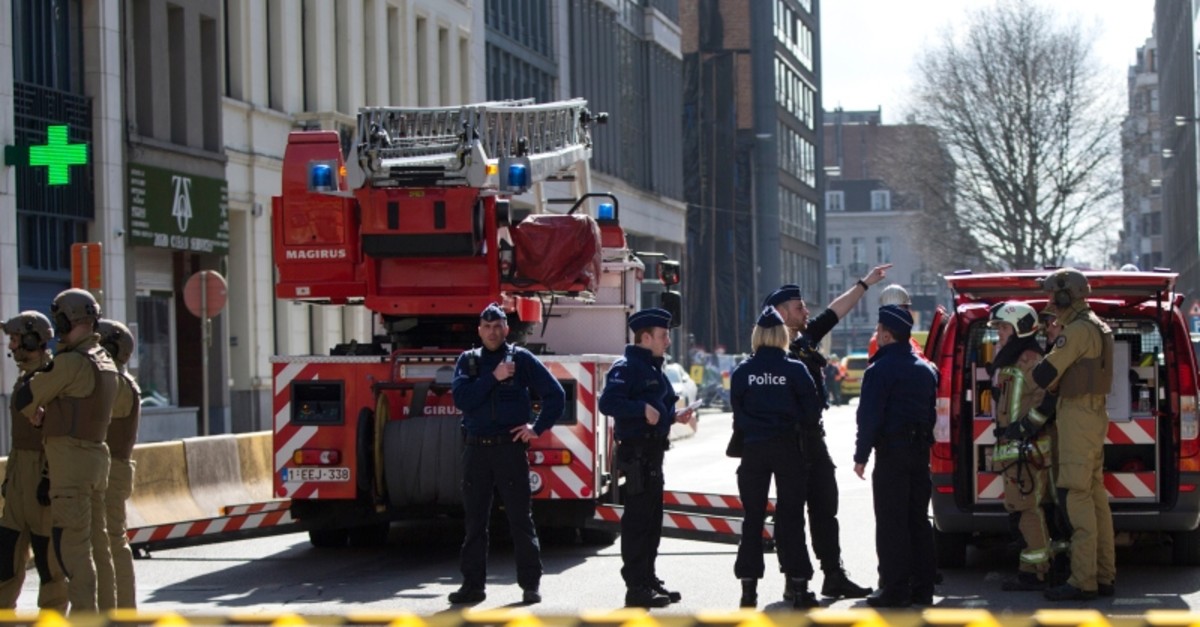 Members of emergency personnel and police stand behind a cordon as they respond to a bomb alert in the EU quarter of Brussels on Tuesday, March 19, 2019 (AP Photo)
by Associated Press Mar 19, 2019 2:55 pm

Some 40 people were preventively evacuated from a building near to European Union headquarters in Brussels after a bomb threat was sent to a company linked to the EU.

Police spokeswoman Ilse Van de Keere said a "telephone bomb threat" was made Tuesday morning to a consulting office linked to the EU's executive Commission and that it has been taken seriously.

Part of the street has been sealed off and sniffer dogs have been sent to the scene.

The operation was still ongoing around noon local time (1100 GMT).