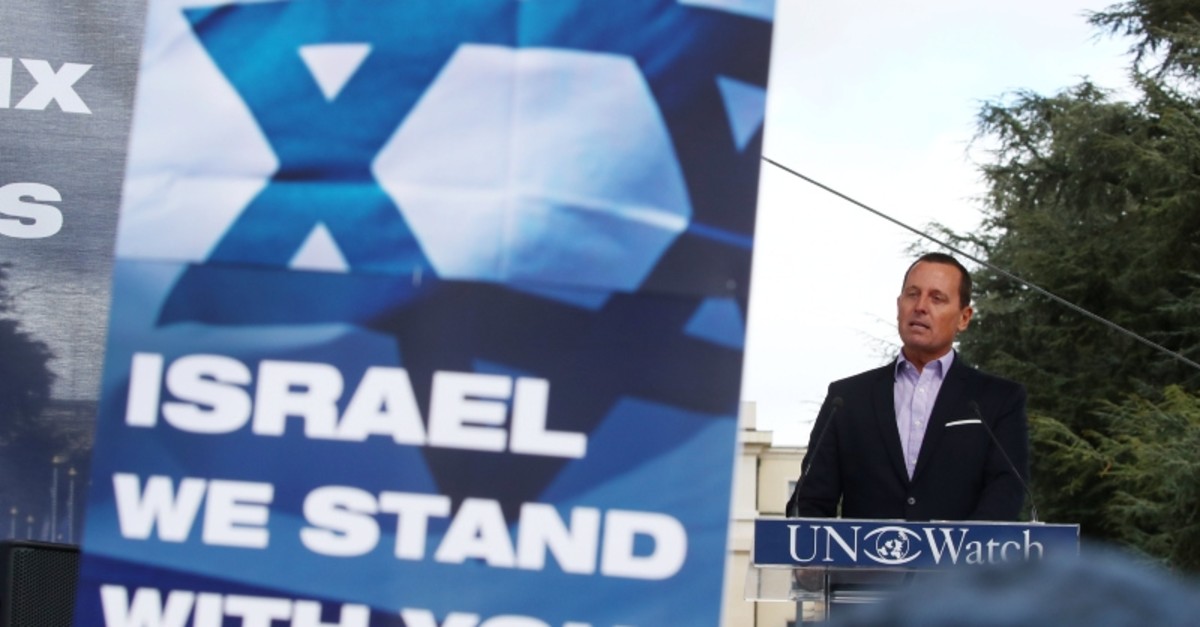 Richard Grenell, U.S. Ambassador to Germany attends the ,Rally for Equal Rights at the United Nations (Protesting Anti-Israeli Bias), aside of the Human Rights Council at the United Nations in Geneva, Switzerland, March 18, 2019. (Reuters Photo)
by Compiled from Wire Services Mar 19, 2019 8:36 pm

Grenell's tone had long been inappropriate to relations between close allies, Schneider said, charging the ambassador with failure to recognize Germany's contribution within the alliance, in Afghanistan for example.

"Mr Grenell is harming transatlantic relations with his repeated heavy-handed remarks," he said.

Grenell has also faced criticism for his handling of U.S.-German disagreements over trade, a 2015 Iran nuclear deal and the Russian-led Nord Stream 2 gas pipeline.

Merkel told reporters the German government was keenly focused on security of digital networks, including the 5G mobile infrastructure, but Berlin would keep its own counsel.

Michael Grosse-Broemer, a conservative leader in parliament, said Germany was competent to address its own security, adding, "There is no need for pointers from the U.S. ambassador."

Grenell also sparked controversy in Germany when he warned German firms to start closing down their business operations in Iran.

His threat to slap sanctions on German firms involved in the Nord Stream 2 pipeline also proved counterproductive, shutting down potential critics of the project as German politicians are reluctant to be seen as bowing to U.S. pressure, experts said.

"Political smoothness is not his thing and he's proud of that. You could say he was the most undiplomatic diplomat Washington ever had here," said Ruediger Lentz, executive director the Aspen Institute Germany.