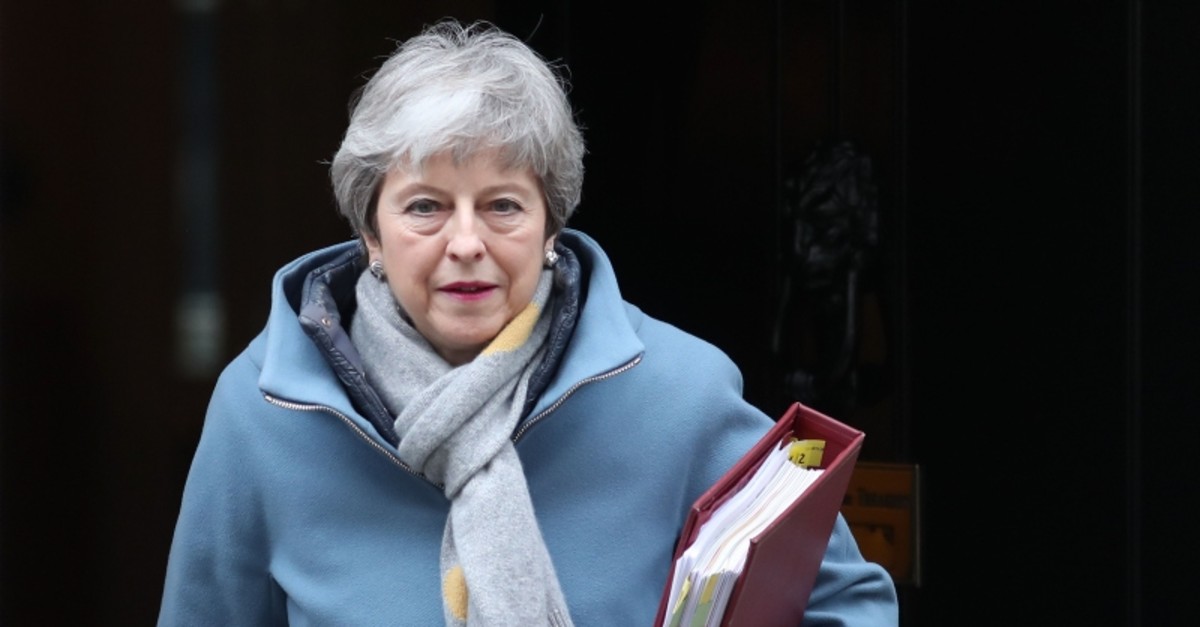 Britain has asked European Union leaders to delay Brexit until June 30, Prime Minister Theresa May told parliament on Wednesday. But a frustrated EU has warned it could keep Britain waiting for an answer.

May said she had written to EU President Donald Tusk "informing him that the U.K. seeks an extension to the Article 50 period to June 30," she said.

Opposition politicians, and pro-EU members of May's Conservative government, had urged a longer extension, saying a delay of just a few months could leave Britain once again facing a cliff-edge "no-deal" Brexit this summer. Withdrawing without a deal could mean huge disruption for businesses and people in the U.K. and the 27 remaining EU countries.

But a long extension would infuriate the pro-Brexit wing of May's divided party, and would require Britain to participate in May 23-26 elections for the European Parliament.

May said that would be unacceptable.

"As prime minister I am not prepared to delay Brexit any further than June 30," she said in the House of Commons.

May said a longer delay would result in Parliament spending "endless hours contemplating its navel on Brexit."

Britain voted in June 2016 to quit the EU, but almost three years later, its politicians are deadlocked over how — and even whether — to leave.

British lawmakers have twice rejected the Brexit deal May has struck with the bloc. Her troubles deepened when the speaker of the House of Commons ruled earlier this week that she can't ask Parliament to vote on the deal again unless it is substantially changed. That scuttled May's plan to try a third time this week to get the agreement approved.

May told Tusk that despite the ruling "it remains my intention to bring the deal back to the House."

If it is approved, she plans to use the extension until June 30 in order for Parliament to pass the necessary legislation for Britain's departure.

The European Commission warned Wednesday in an internal briefing note ahead of an EU summit that delaying Brexit to June 30 would bring "serious legal and political risks."

The EU's executive arm urged leaders to choose instead between a short delay to May 23 or a longer one "at least until end 2019."

The European Council, which groups the member states, confirmed it had received May's letter asking for the delay, with leaders of the remaining 27 EU countries to decide on a possible postponement at their Brussels summit on Thursday and Friday.

"Any extension offered to the United Kingdom should either last until 23 May 2019 or should be significantly longer and require European elections.

"This is the only way of protecting the functioning of the EU institutions and their ability to take decisions," said the commission note, which was prepared on Wednesday morning before May's letter was received.

It will be for the leaders to decide on the length of the extension -- and all 27 must give their approval -- but the commission said they faced a "binary" choice: May 23 or the end of 2019 at the earliest.

"Any other option (as for example an extension until 30 June 2019) would entail serious legal and political risks for the European Union and would import some of the current uncertainties in the United Kingdom into the EU27," it warned.

If a long extension is granted, Britain must commit to "constructive abstention" in key EU debates such as the bloc's budget and appointments to the next commission, due to be constituted later this year.

This is to stop Britain using its veto to block EU business as a tactic to secure more Brexit concessions from Brussels.

In a similar vein, the commission said it must be made clear that if an extension is granted, it cannot be used to renegotiate the withdrawal agreement struck between the EU and Britain.

European Commission President Jean-Claude Juncker said if May wanted a delay, "she must bring approval of the negotiated deal and she must bring clear ideas on timing."

"My impression is ... that this week at the European Council there will be no decision, but that we will probably have to meet again next week, because Mrs. May doesn't have agreement to anything, either in her Cabinet or in Parliament," Juncker told Germany's Deutschlandfunk radio.

"As long as we don't know what Britain could say yes to, we can't reach a decision."

Britain's political chaos has drawn reactions ranging from sympathy to scorn at home and around the world. On its front page Wednesday, the Brexit-backing Daily Mail newspaper bemoaned the time since the referendum as"1,000 lost days."

The gridlock is also causing increasing exasperation among EU leaders.

Juncker said that "in all probability" Britain won't leave on March 29, but he underlined the EU's insistence that it will not reopen the painstakingly negotiated withdrawal agreement that British lawmakers have snubbed.

Juncker said Britain's Parliament needed to decide whether it would approve the deal that is on the table.

"If that doesn't happen, and if Great Britain does not leave at the end of March, then we are, I am sorry to say, in the hands of God," he said. "And I think even God sometimes reaches a limit to his patience."