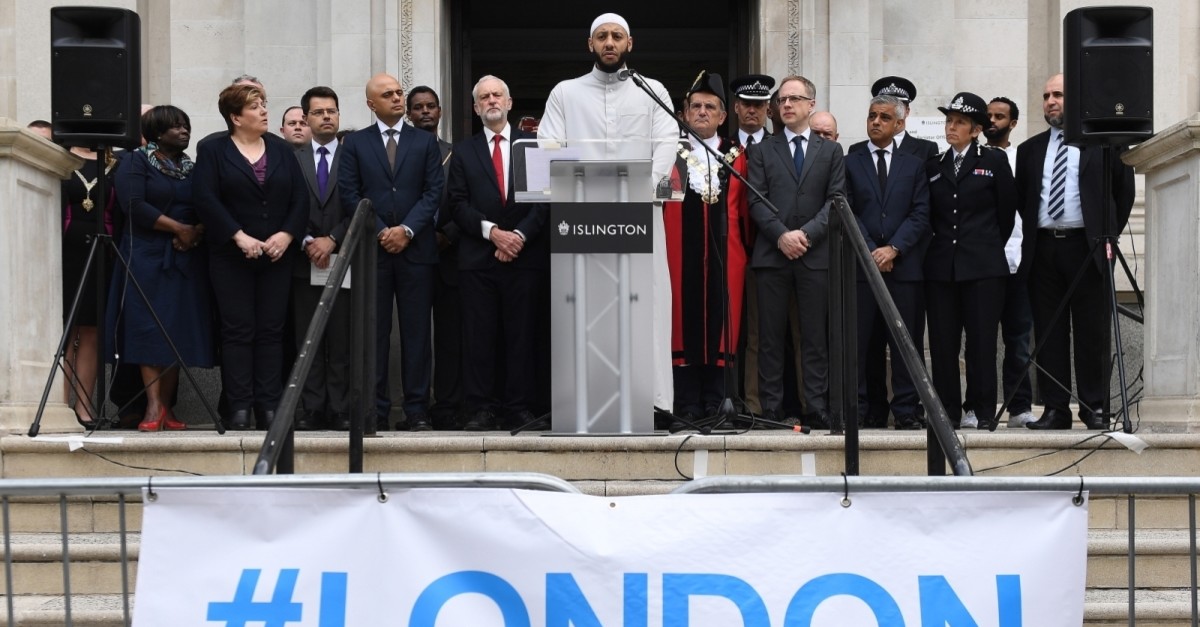 A London imam, who once made headlines as a "hero imam" after he prevented further violence by vigilantly standing guard over the suspect after a terror attack targeting Muslims in the United Kingdom, has been subjected to Islamophobic abuse, reports said Tuesday.

Mohammed Mahmoud, the imam of the Finsbury Park Mosque, was first verbally assaulted by a passenger on a bus he took on his way home, and then a passing cyclist spit on him, London-based local daily The Evening Standard reported.

Speaking to the newspaper, Mahmoud said "a middle-aged white man swore at him," and called him "slavish," and then a passing by cyclist spit on him.

"I went after him, but he escaped. I'm very sorry to see such inconsiderate hatred and Islamophobia after the incident (the terrorist attack in New Zealand) and what we've been through this week," he said.

Previously on March 15, a Muslim man was attacked with a hammer outside an East London mosque, just hours after the terrorist attack in two New Zealand mosques, in which 50 people were brutally killed.

A day after the incident another U.K. resident, a 19-year-old man, was stabbed in a far-right attack in Stanwell, Surrey.

Meanwhile, Justin Welby, the Archbishop of Canterbury, said "I appeal to British Muslims who feel they are under threat. We are with you," during his speech at the Regent Park Mosque.

Welby stated that the terrorist attack in New Zealand was "monstrous" and that the perpetrators wanted to "fight against Islam," adding that hatred is unacceptable in Christianity as well.

Mahmoud was declared a "hero" by newspapers in 2017 after he prevented the attacker from being lynched. The attack resulted in the death of a 51-year-old man near the Finsbury Park Mosque.