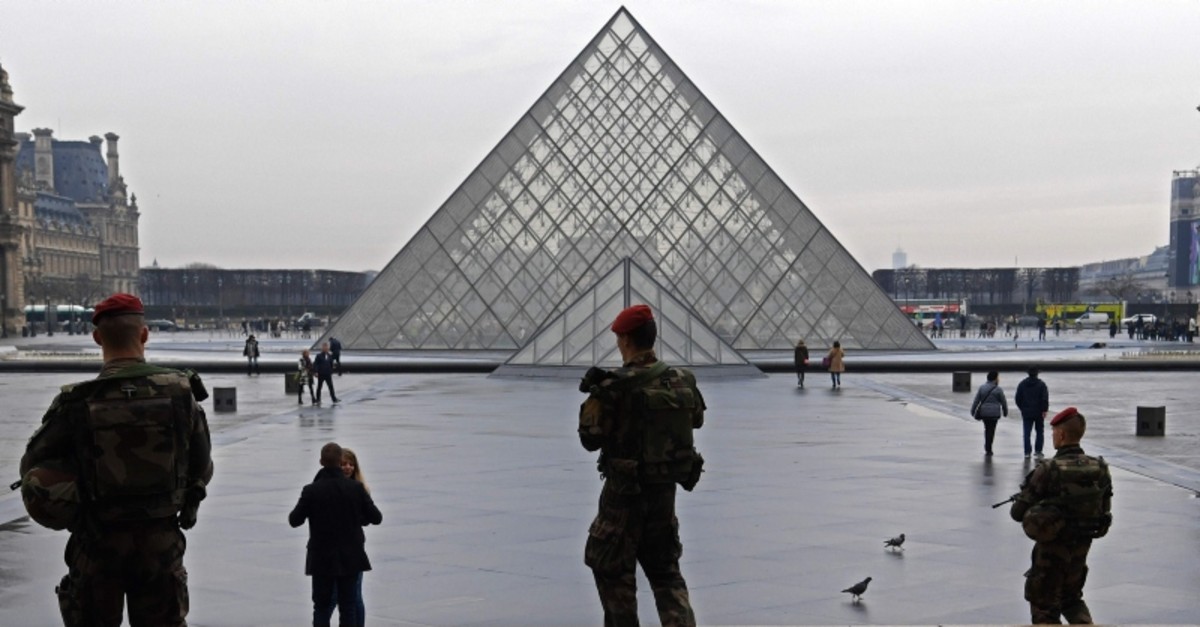 The French government's decision to deploy the army as backup during Saturday's weekly "yellow vest" protests has drawn fire, with the opposition warning of the risk of using soldiers for law and order.

Under pressure to prevent a repeat of last weekend's rioting and looting on the Champs-Elysees in Paris, the government on Wednesday announced plans to redeploy soldiers from the anti-terrorism Sentinelle patrol force to help police guard public buildings.

This will free more police to tackle demonstrators head-on in case of renewed violence in Paris and other cities, the government said.

Opposition parties from both the left and right reacted with outrage to the plan, calling it irresponsible.

"I am absolutely against using the army in this way. It's a serious mistake," Bruno Retailleau, leader of the main opposition Republicans in the Senate told a debate programme on the France 5 television channel Wednesday evening.

"Imagine them in front of the National Assembly or the Elysee (presential palace) and hordes descend on them. What happens then? Will they shoot? Will people be killed?"

Noting that the role of the army was to "neutralise the enemy," he said he considered that radical protesters "and all those who have caused damage were certainly delinquents but not enemies of the nation".

"You've gone mad! A soldier is not a policeman!" the leader of the hard-left France Unbowed party, Jean-Luc Melenchon, said during Wednesday's televised debate on how to end the "yellow vest" crisis.

The government and its allies have attempted to play down the move, noting that thousands of troops have already been patrolling the streets to guard against terror attacks since 2015.

But the argument failed to appease critics of centrist President Emmanuel Macron and his government.

"They (soldiers) are in railway stations and elsewhere to counter the terrorist threat, not people who are unhappy!" Melenchon argued.

Far-right National Rally leader Marine Le Pen also noted that the current role of the soldiers was to ward off "terrorists" not demonstrators.

The leader of the centrist MoDem party, Francois Bayrou, backed the move, however.

"I believe that when there are people burning, destroying, sacking and terrorising people, we have not only the right but the duty to defend ourselves," Bayrou, an ally of Macron, argued.

The government has insisted that troops redeployed from the 7,000-strong Sentinelle force will only carry out guard duties during this weekend's demonstrations.

The source added that if soldiers did come into contact with protesters they would "secure the perimeter and call the police".

In an interview with BFM news channel Thursday Health Minister Agnes Buzyn repeated that the troops would be "assigned purely to protecting buildings."

Last Saturday, the police appeared to hang back as hundreds of violent protesters rampaged along the Champs-Elysees, burning and looting over 100 businesses in unrest that cost the Paris police chief his job.

The government has already announced plans to outlaw protests on the famed avenue and other key areas if demonstrations again turn violent.

The government has also announced an increase in fines for those detained during unauthorised demonstrations.

The weekly protests began on Nov. 17 over fuel tax increases and quickly ballooned into an anti-government rebellion.

Many of the protests have ended in rioting. Destruction of property is estimated to have cost 200 million euros ($227 million) to date, according to Economy Minister Bruno Le Maire.