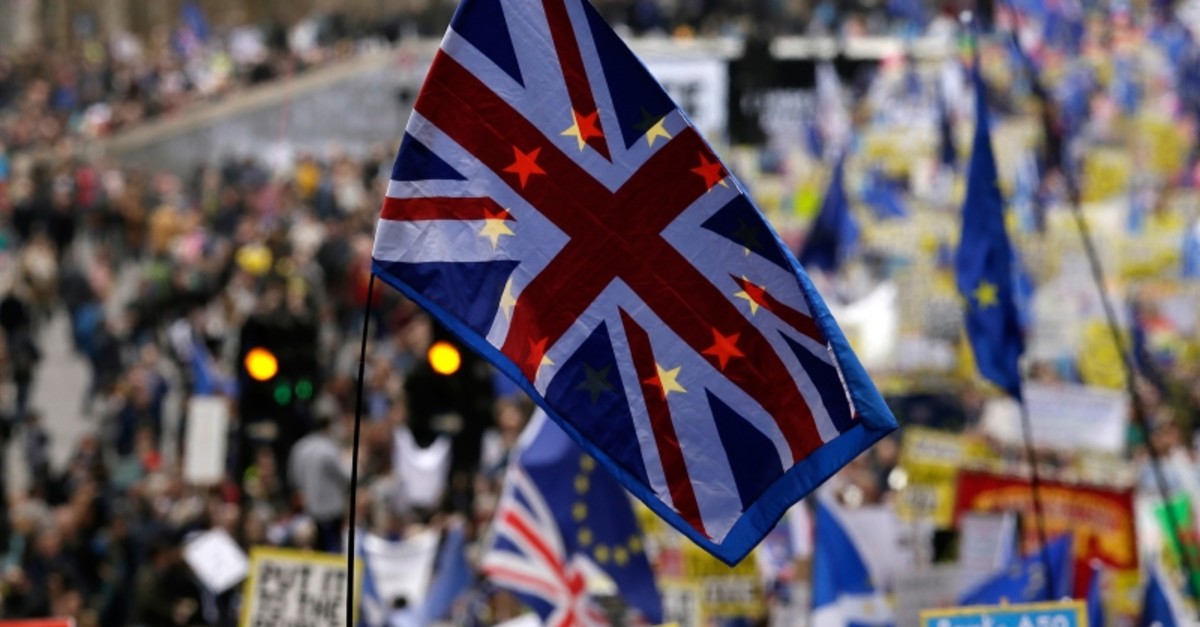 The EU announced Monday it has completed its preparations for Britain crashing out of the bloc without a divorce accord, as fears of a chaotic "no-deal" Brexit grow.

"As it is increasingly likely that the United Kingdom will leave the European Union without a deal on 12 April, the European Commission has today completed its 'no-deal' preparations," the commission, the bloc's executive arm, said.

The gloomily worded statement, just days after Brussels agreed to postpone Brexit from its previous March 29 deadline, piled fresh pressure on Prime Minister Theresa May as she gathered her cabinet to discuss the way forward.

Unless British lawmakers approve a withdrawal agreement to ease the country out of the bloc, EU rules and agreements built up over 46 years of membership will cease to apply overnight, threatening havoc in almost every domain of life.

May has been seeking to rally support for her twice-rejected deal, but there is speculation that if she fails, she could allow MPs to vote on what happens next.

The commission outlined measures in 13 key areas, from rules on flying and road transport to travel regulations, fishing rights and banking — while stressing that they would only reduce the disruption, not prevent it altogether.

"The EU's contingency measures will not — and cannot — mitigate the overall impact of a 'no-deal' scenario, nor do they in any way compensate for the lack of preparedness or replicate the full benefits of EU membership," the commission statements said.

"These proposals are temporary in nature, limited in scope and will be adopted unilaterally by the EU. They are not 'mini-deals' and have not been negotiated with the UK."

This last sentence is aimed at the numerous Brexit supporters in the British parliament who have sought to argue that the contingency measures would mean a no-deal exit would not be as bad as many fear.

Under no deal, the EU will immediately apply its rules at the border with the UK — including customs checks, food safety inspections and verification of EU standards — leading to long delays at busy crossing points such as Channel ports and the Channel Tunnel.

An EU official confirmed that Brussels would insist on checks being performed on goods moving across the land border between British-ruled Northern Ireland and EU member Ireland.

"We are working very closely with Irish authorities to try and perform controls away from the border if at all possible," the official said.

The Irish border has been a major sticking point in negotiations, with both sides keen to stress they want to avoid a "hard" border with physical customs infrastructure to keep trade flowing and prevent a return to the sectarian violence that dogged Northern Ireland for decades.

The EU official said that under no-deal "there would of course be disruption on cross border trade and supply chains", but that they were trying to find a way to make the checks the least intrusive they can.

EU citizens worried or confused by the prospect of no deal Brexit can call a free hotline from anywhere in the bloc, with information available in any official EU language.

British citizens travelling to the EU will be limited to 90-day stays and would immediately be subject to tighter passport checks — including possibly being asked to prove the purpose of their visit and that they have enough money to support themselves.

The European health insurance card, which allows EU citizens to access medical treatment across the bloc, will no longer be available to Britons, who are advised to take out insurance if they travel.

British driving licenses will no longer be automatically recognized across the EU, with individual countries applying their own rules for "third country" permits — meaning Britons may need to carry international driving licenses in Europe.

EU "pet passports" will no longer apply to British animal-lovers, who will have to provide documentary proof their pets are microchipped and vaccinated against rabies.