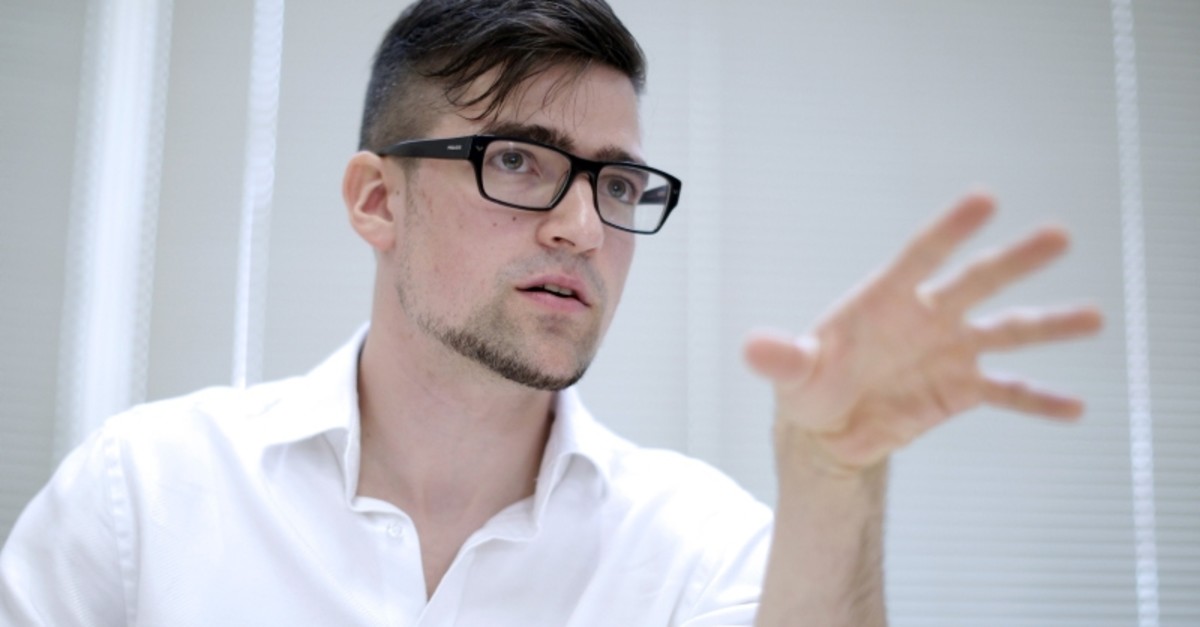 A file picture taken on May 23, 2014 shows the local leader of the Identitarian Movement (IBOe) far right group, Martin Sellner during a press conference in Vienna, Austria. (AFP Photo)
by Compiled from Wire Services Mar 27, 2019 1:55 pm

The extreme right-wing Identitarian Movement in Austria faces a possible government ban after it emerged that the group had received a donation from the alleged Christchurch attacker, Chancellor Sebastian Kurz announced Wednesday.

There is "no tolerance for dangerous ideologies, no matter what political corner they belong to," the conservative leader told reporters after a cabinet meeting in Vienna.

Austria would bring down "the full force of the law" against extremist ideologies, Kurz said, adding that the donation established a link between the attack suspect and the Identitarian Movement.

Martin Sellner, head of the Identitarian Movement of Austria, said police searched his apartment Monday as part of a terrorism inquiry and seized electronic devices after he received a "disproportionately high donation" from a person named Tarrant — the same surname as the suspected Christchurch shooter.

The 28-year-old Australian white supremacist who has been charged with killing 50 people at two New Zealand mosques this month donated 1,500 euros (1,700 dollars) to the anti-immigration Identitarian Movement in early 2018, according to Austrian prosecutors. Prosecutors said they stumbled across the donation as part of an existing probe against Sellner into possible financial offenses.

Sellner denies having had any link with the attacker beyond receiving the donation and having sent back a routine thank-you email.