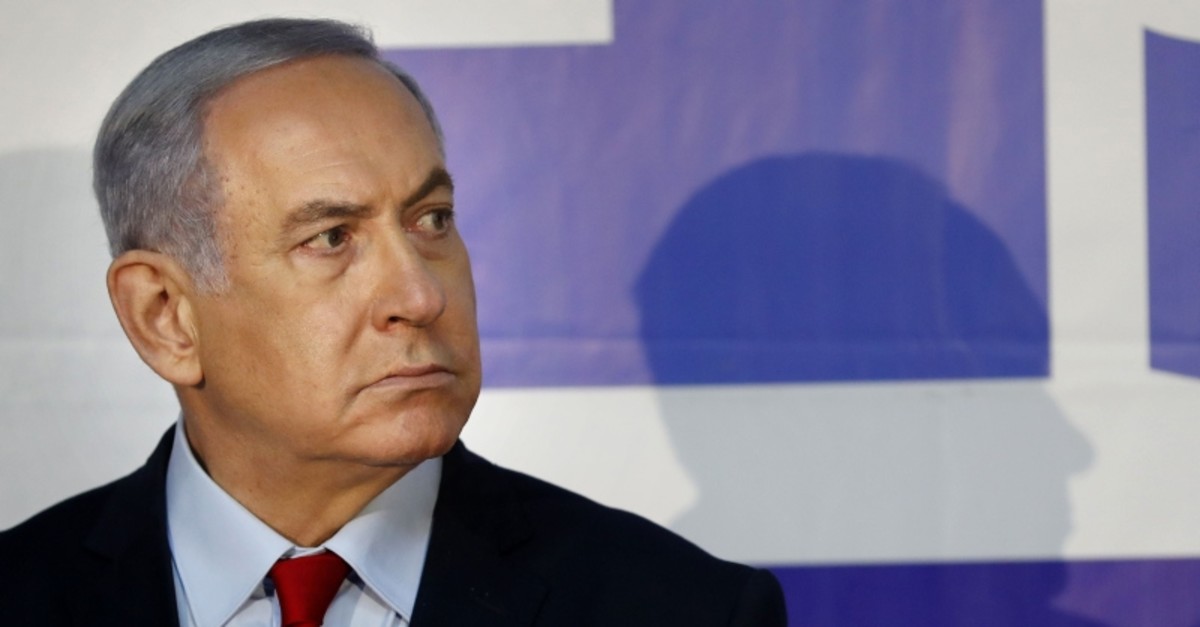 This file photo shows Israeli Prime Minister Benjamin Netanyahu delivering a statement at his residence in Jerusalem on March 20, 2019. (AFP Photo)
by Compiled from Wire Services Mar 27, 2019 12:00 am

The German judiciary is to turn its attention on the sale of submarines to Israel in light of a suspected corruption scandal that has put Israeli Prime Minister Benjamin Netanyahu under pressure.

Prosecutors in the western city of Bochum have opened investigations into possible corruption by an unnamed party or parties, a spokesman said on Tuesday.

The German newspaper Handelsblatt previously reported that investigators are scrutinizing whether bribes were taken in a $2 billion (1.5 billion euros) deal. The Bochum prosecutors said the investigation came off the back of international media reports.

The accusations of wrongdoing relate to Israel's 2017 acquisition of nuclear-capable submarines and naval vessels from Germany's ThyssenKrupp Marine Systems (TKMS). Israeli police are convinced that the deal involved bribes and money laundering. Last year they said they saw grounds for prosecution of several suspects.

The case, known as "3000", focuses on suspicion of corruption surrounding the sale of three "Dolphin" class submarines and four "Saar 6" naval vessels.

Netanyahu's lawyer and cousin David Shimron, who also worked as an advisor for the Israeli representative of ThyssenKrupp, was accused of fraud and bribery in November by the Israeli authorities.

Netanyahu is not a suspect in the case, but police interviewed him over the affair. He was a strong supporter of the submarine deal.

His main political rival, Benny Gantz, a former chief of staff of the Israel Defense Forces, last week called for a full investigation into the affair.

Last week, Michael Ganor, a former ThyssenKrupp employee, was arrested in Israel after informing police of his intention to "change the version he gave during the investigation" into corruption suspicions around the purchase of the German submarines.

Israeli media reported last week that the attorney general was examining conflict-of-interest allegations against Netanyahu involving shares in a company that was managed by Shimron and that was later acquired by a supplier firm for ThyssenKrupp.

ThyssenKrupp declined to comment on the German judiciary's involvement but stressed it was "currently not the subject of investigations."

The German government approved the sale of the three submarines to Israel in autumn 2017. Berlin said it felt a special obligation towards Israel's security.