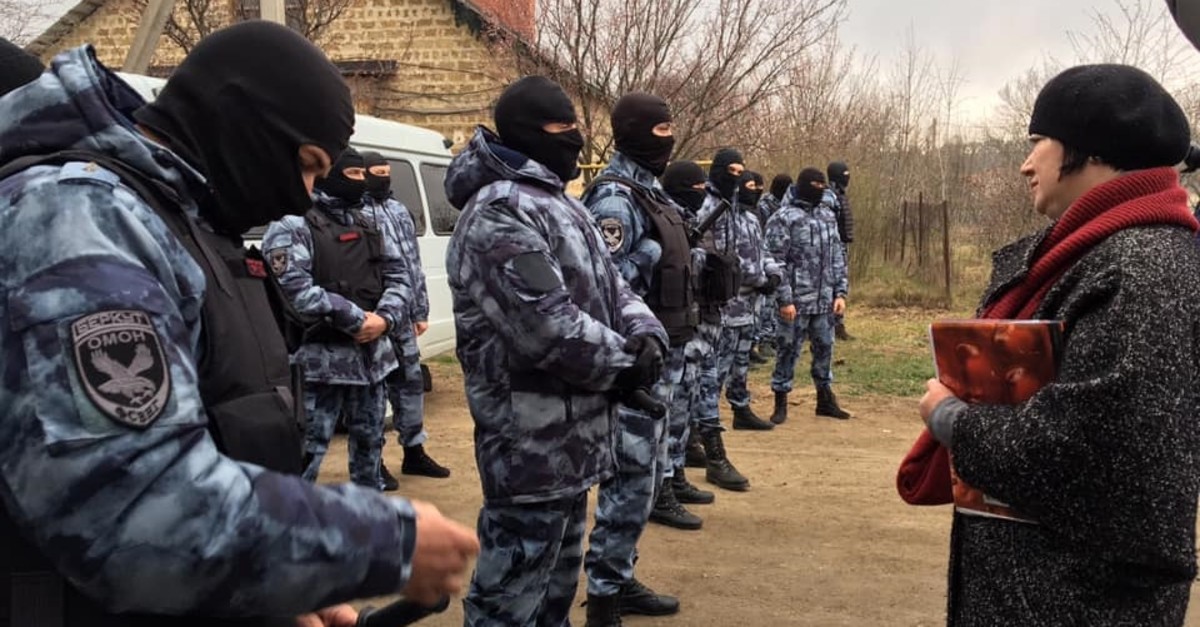 Russian authorities in annexed Crimea on Wednesday raided the homes of Crimean Tatars and detained at least 20 people suspected of belonging to a banned group ahead of this week's presidential vote in Ukraine.

Supporters decried the latest act of "intimidation" against the ethnic group, most of whom oppose Russia's occupation, saying Wednesday's raids were some of the largest in recent years.

Most Crimean Tatars have refused to renounce their Ukrainian citizenship and some are planning to vote in the first round of Ukraine's presidential election Sunday.

In a statement, Russia's Federal Security Service (FSB) said it had searched the homes of suspected members of the Hizb-ut-Tahrir (Party of Liberation) group.

"Twenty of its rank-and-file members and leaders have been detained," the FSB said after conducting raids together with police and other law enforcement agencies.

The FSB said the alleged members of the organisation had sought to promote "an ideology based on terrorism" and recruit other Crimean Tatars. The security service claimed it had seized materials proving their links to the banned group.

Lawyer Emil Kurbedinov said 23 people had been detained in large-scale raids that involved hundreds of FSB officers and other law enforcement agents.

"This is one of the largest acts of intimidation in Crimea in the last five years," Kurbedinov told French Press Agency (AFP).

He said those detained included activists who fought for the rights of "Crimean political prisoners."

Another lawyer, Nikolai Polozov, said at least 25 homes across the peninsula had been raided, adding that defense attorneys had not been allowed to oversee the searches.

Under Joseph Stalin's rule, they were sent into exile to Uzbekistan and the Urals and only returned around the fall of the USSR.

Most Crimean Tatars opposed Moscow's annexation of the peninsula in 2014 and subsequently Russian authorities have cracked down on the community, banning their assembly and television channel as well as detaining and jailing dozens of activists.

Nariman Jelyal, first deputy chairman of the Mejlis, the Crimean Tatars' banned assembly, linked the latest raids to the upcoming Ukrainian presidential elections, along with other factors.

He called the raids "the start of the mass deportation of the Crimean Tatars into Russian prisons."