UK PM May says ready to quit once Brexit finalized 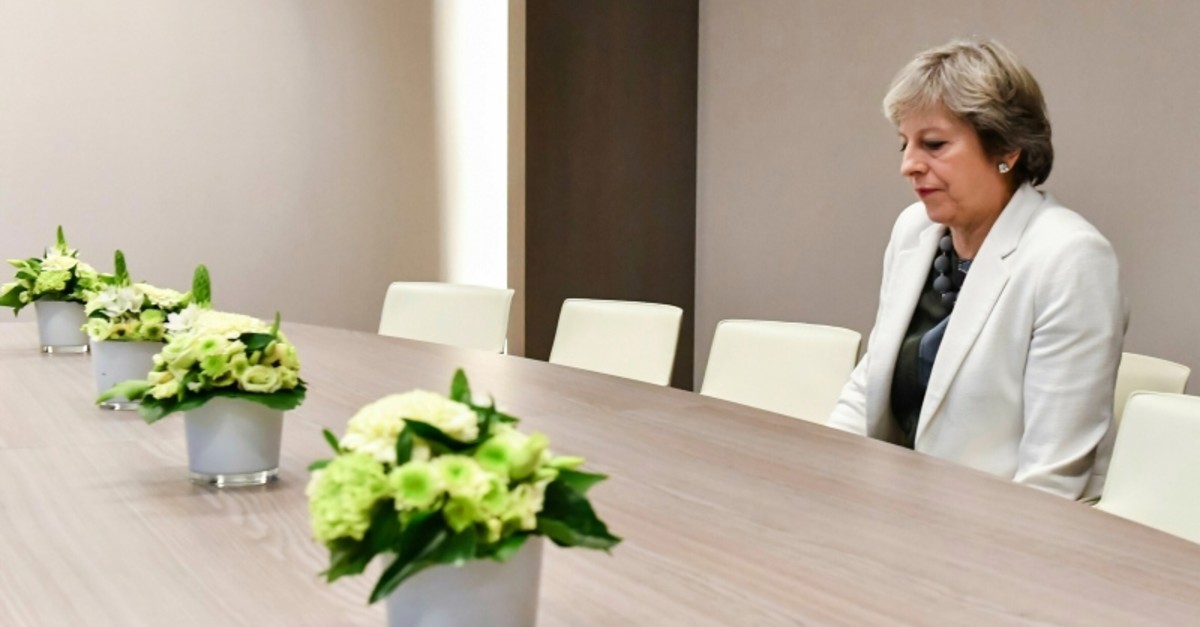 U.K. Prime Minister Theresa May told lawmakers she is prepared to step down "earlier than I intended" in order to win passage of her divorce deal from the European Union.

May told lawmakers from the 1922 Committee of Conservative lawmakers that she wanted to do what was right for the country.

"I have heard very clearly the mood of the parliamentary party. I know there is a desire for a new approach - and new leadership – in the second phase of the Brexit negotiations and I won't stand in the way of that," May told lawmakers, according to a statement from her office.

"But we need to get the deal through and deliver Brexit. I am prepared to leave this job earlier than I intended in order to do what is right for our country and our party," she said.

The comments marked the first time May signaled she was prepared to quit in order to secure the necessary votes for the passage of the Brexit divorce deal she has negotiated with the EU but which has been rejected heavily on two occasions by lawmakers.

A leadership contest to replace May will begin after May 22 if her deal to leave the EU is passed by parliament, her office told Conservative lawmakers on Wednesday.

In a statement to lawmakers in May's Conservative Party, her office said a timetable for the leadership election would be set by the party and that she would remain as prime minister until her successor was elected.

"This is about providing new leadership for phase 2 (of the negotiations to leave the EU), but we have to get through phase 1 first and leave," said the statement, which was seen by Reuters.

"I ask everyone in this room to back the deal so we can complete our historic duty - to deliver on the decision of the British people and leave the European Union with a smooth and orderly exit," May told lawmakers.

Conservative MP James Cartlidge, who was at the closed-door meeting, told reporters as he walked out that May had said she would step down before the "next phase" of Brexit negotiations.

Fellow MP Pauline Latham told reporters that May had said she would resign "after the meaningful vote was through," meaning the vote on her EU divorce deal.

"We have to pass it or all bets are off," Latham said.

Several MPs who voted against the deal have suggested they could now back it if May gave a timetable for her resignation, allowing a new leader to head the negotiations over Britain's future relationship with the EU.

With a weakened prime minister and a log-jammed parliament, Britain has been mired in Brexit chaos for months, and has had to ask the EU for an extension to the departure day.

MPs will hold a flurry of votes on Wednesday seeking to try and find majority support for a new Brexit plan.

Three years of political turmoil that followed Britain's decision to break its near half-century bond with the EU were meant to have ended on Friday with the formal completion of the divorce.

But no clear end is in sight and May has found herself under unrelenting pressure from both inside and outside her own party to resign.