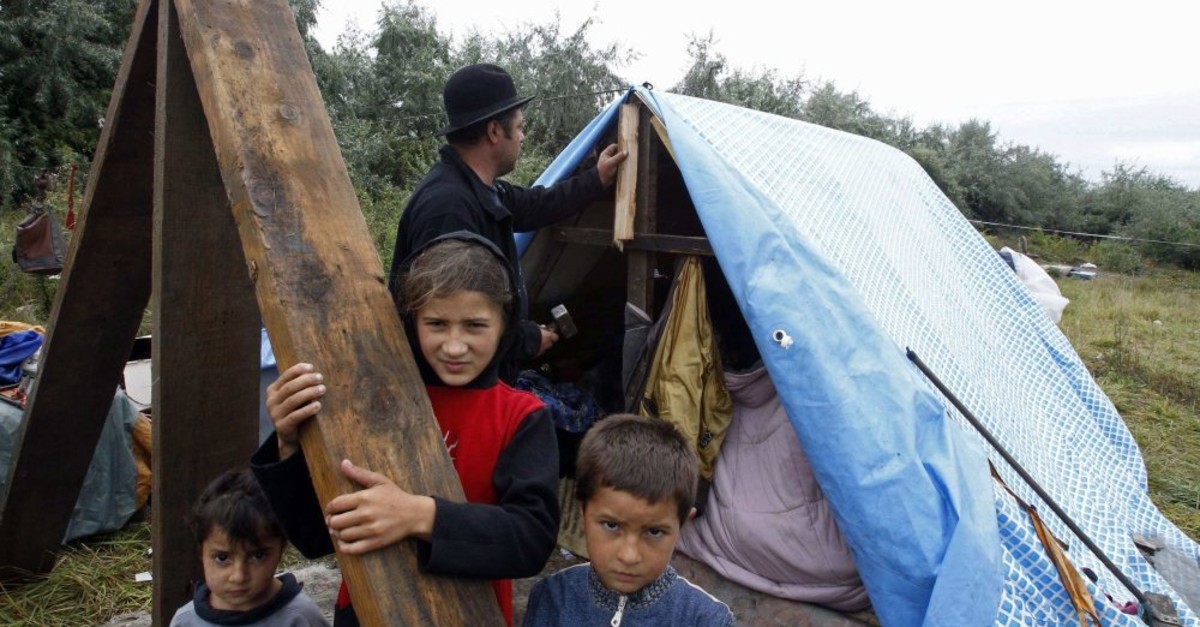 After a series of attacks on ethnic Roma people in the suburbs of Paris following false rumors that they had abducted children, French police warned citizens not to incite violence against Roma people living in the country. Authorities around Paris have been attempting to stop the rumor spreading, with the Paris police tweeting on Tuesday that the reports were false. "Rumors about kidnapping children with a van are completely unfounded. No abductions have been proven," the Paris police service wrote on Twitter on Tuesday. "Do not share this false information, do not incite violence."

The case has once again led to the discussion of how badly the Roma people are being perceived and treated in France.

France has developed a tense relationship with the Roma, who mostly come from Eastern Europe, particularly Bulgaria and Romania. Sarkozy's tough treatment of the Roma still continues, with many Roma people subjected to mass evictions. In 2010, ex-French President Sarkozy, due to concerns about public safety, ordered the expulsion of illegal Roma migrants who had committed public-order offenses.

Roma people living in France have long experienced "high levels of discrimination, stereotyping and racism that result in serious violations of their human rights," while suffering from multiple expulsions and forced evictions from France. The European Roma Rights Center accused the French government of "hav[ing] a clearly harmful impact on the human rights situation of Roma" due to deplorable living conditions in the informal Roma settlements in France set up by the French government, according to the report released in 2014.

"More than four-fifths of Roma people have been evicted an average of six times in France, and in most cases, French authorities do not respect requirements to conduct social assessments to identify solutions in advance of eviction," the report said. "Nearly 30 percent of Roma are only notified on the day they are evicted, which leaves most families on the street: no respondent reported having been offered alternative accommodation or emergency housing. Violence and degrading treatment affected more than two-thirds of evicted Romani people in France, and termination of education is the most common result for Roma children in school at the time of eviction," said the report, revealing the precarious life conditions for Roma living in France.

The Roma, also known as "Gypsies" or "Travelers," are an ethnic minority in Europe that often experience prejudice and social exclusion. Amid calls on its 28 member states to better integrate the bloc's estimated 6 million Roma, national integration policies seem to be falling short. Millions of citizens in the EU battle discrimination and poverty from birth because they are Roma, according to a November 2016 FRA report. The European Union has put an emphasis on improving Roma lives after centuries of discrimination, which culminated in the Holocaust, which led to the deaths of about 500,000 Roma in addition to the up to 6 million Jews killed.