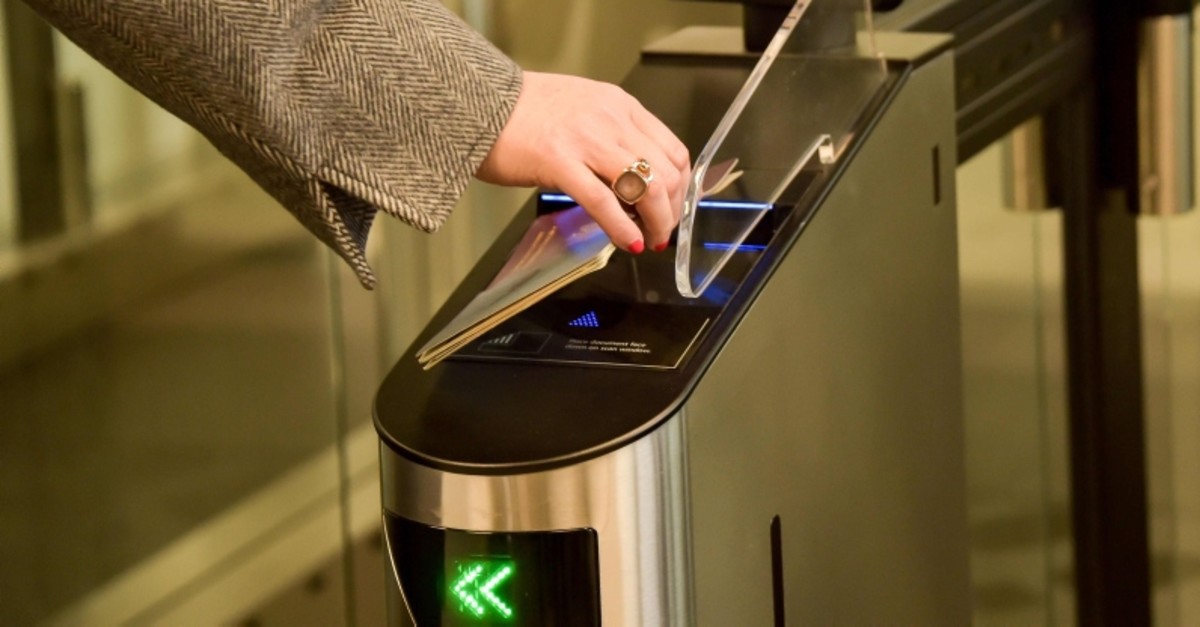 A woman scans her passport at an automated kiosk on March 28, 2019 at the Coquelles border post, a new border inspection post for customs and sanitary control built in anticipation of a no-deal Brexit. (AFP Photo)
by Apr 04, 2019 1:17 pm

The European Parliament on Thursday approved a law allowing Britons visa-free EU visits even after a "no deal" Brexit, despite a furious dispute over the status of Gibraltar.

The law means British visitors making trips of fewer than 90 days to the Schengen passport-free zone will not need visas, even if Britain crashes out of the EU without a deal in place.

The parliament approved the measure by 502 votes to 81, with 29 abstentions, paving the way for millions of British holidaymakers to flock to the beaches of the Mediterranean this summer regardless of the outcome of Brexit.

Implementation will depend on Britain granting EU citizens the same rights in return, but London has said it will do so and the principle of the law has broad support.

But the text of legislation itself triggered a bitter row in Brussels, after member states — at Spain's urging -- referred in a footnote to the draft to Gibraltar as a "colony of the British crown".

The United Nations does legally list Gibraltar as a "non-self-governing territory", but Britain insists it is part of "the UK family" and that its citizens freely voted to remain British.

Britain's decision to leave the EU has revived controversy over Spain's long-standing claim on the territory, against the backdrop of Spanish elections.