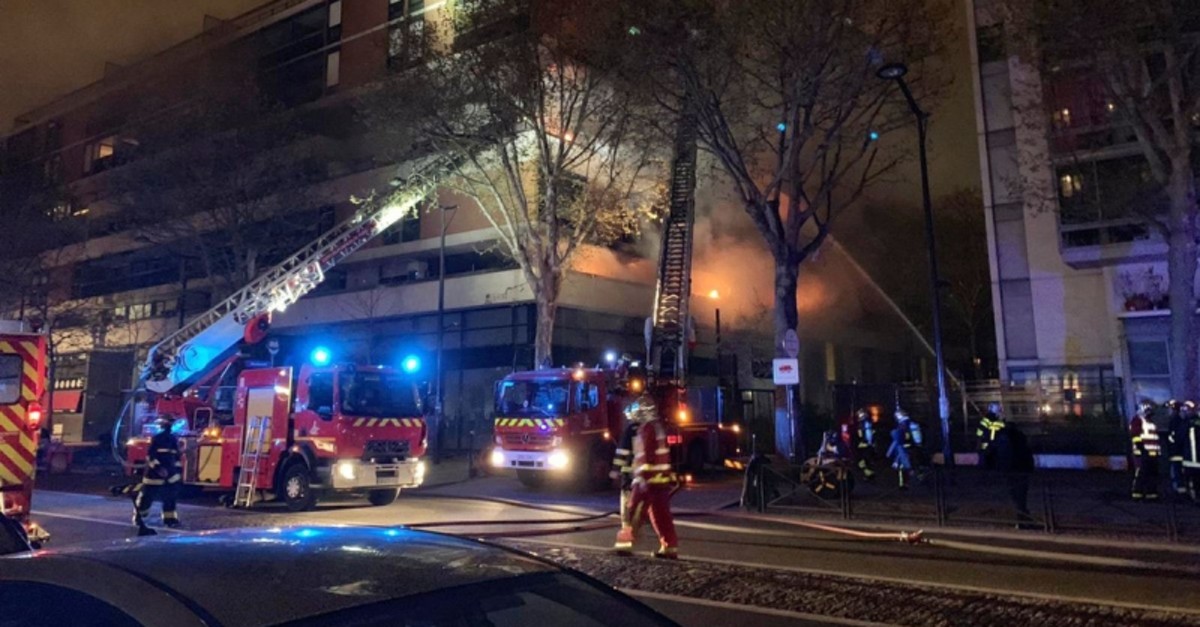 According to Le Figaro, a "violent fire" broke out in an apartment located in the 19th arrondissement of Paris soon after 9.30 pm on Saturday night.

Firefighters spokesman Gabriel Plus says there are no known victims in the Saturday night blaze that moved through four floors of the large modern structure. Teams are searching for potential victims.

The spokesman told BFMTV that it is too early to know the origin of the fire. He said it began on both the outside and inside of the building and raged through the third through sixth floors. He did not clarify.

The building has two elevator shafts, which typically can spread flames.

The explosion comes after a day of Yellow Vest protests that saw riot police fire tear gas at demonstrators in the 21st consecutive weekend of violence.

Protesters took to the streets on Saturday, with thousands marching across Paris and a group briefly invading the busy beltway around the capital.

Riot police rounded up the protesters on the beltway and fired a round of tear gas on the street above, apparently to stop others from entering a ramp onto the road.