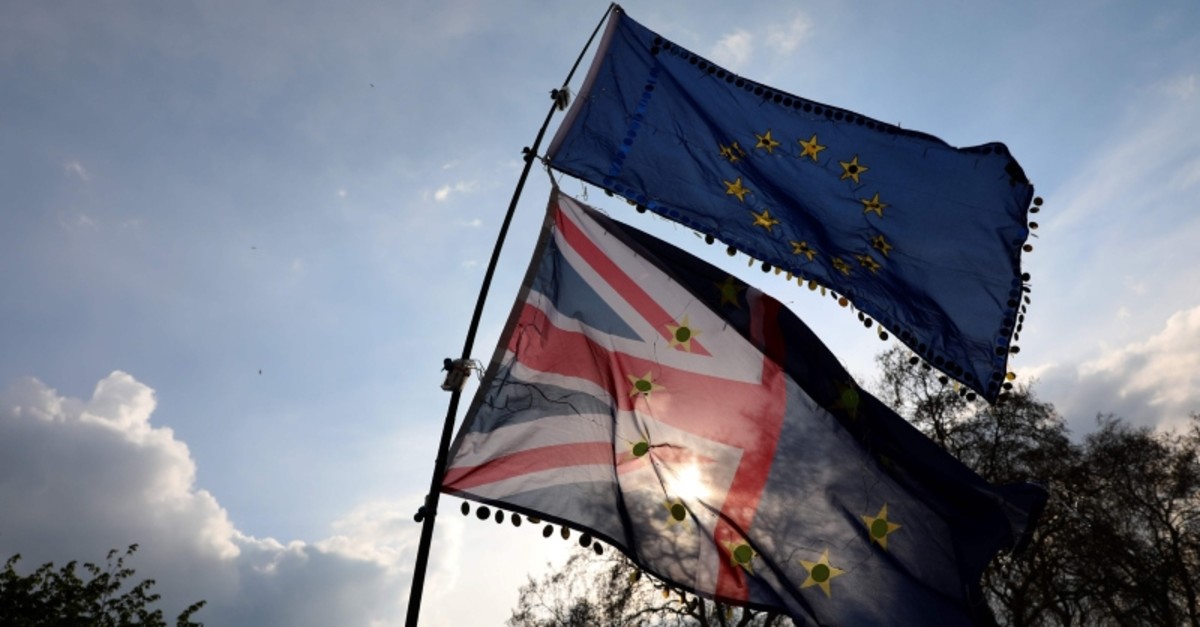 Britain has begun issuing passports with the words "European Union" removed from the front cover -- despite Brexit being delayed and its political leaders deadlocked over how to extricate the country from the bloc.

The interior ministry said Saturday that a longstanding decision to start introducing passports without reference to the EU had gone ahead from March 30, the day after the original date for Brexit.

Prime Minister Theresa May has delayed leaving the bloc after 46 years of membership amid stubborn opposition in parliament to the divorce deal she finalised with European leaders in November.

Ahead of an EU summit on Wednesday, she was forced to ask them for another extension, until June 30, to prevent Britain departing with no deal at the end of next week.

But the other 27 members must give unanimous backing to any further postponement and are increasingly impatient at the paralysis in Westminster. They could offer just a shorter postponement -- or a longer period of up to a year.

French Foreign Minister Jean-Yves Le Drian told reporters at a G7 meeting in France on Saturday that it was time for the Brexit crisis to end.

"The British authorities and the British parliament need to understand that (the EU) is not going to be able to constantly exhaust itself with the ups and downs of domestic British politics," he said.

However Irish Prime Minister Leo Varadkar cautioned it was "extremely unlikely" a member would veto another extension, while revealing he now favoured a lengthy delay.

May is trying to break the parliamentary gridlock by striking a compromise deal with the main Labour opposition.

Senior ministers have spent several days negotiating with its leaders, but there are signs of the talks stalling after Labour complained of no "real change or compromise".

There were "no red lines" in the ongoing discussions, he told reporters, adding: "I expect we will reach some form of agreement."

Britain's interior ministry meanwhile confirmed that some newly issued passports now omit references to the EU on the cover, while others still bear the bloc's name.

The discrepancy was due to an attempt to save public money by using up "leftover stock", but both designs would be "equally valid for travel", they insisted.

"Passports that include the words 'European Union' will continue to be issued for a short period," a spokeswoman said.

British passports had already become ensnared in the country's Brexit divisions after the government announced in 2017 it would return to traditional blue passports "to restore national identity".

The travel documents had dark blue covers from 1921, but Britain switched to burgundy from 1988, in common with other members of the-then European Community.

Last year it emerged that Franco-Dutch company Gemalto had won the contract to make the new blue passports, prompting fury from Brexit campaigners and more ridicule from Remainers that a British company was not chosen.

The new production contract is to begin in October 2019, with passports currently being issued in the burgundy colour.

Whether Britain will have left the bloc by then is uncertain.

Even those of May's Conservative colleagues who back her deal have denounced any outreach to Labour, while the most hardline Brexiteers remain implacably opposed to her deal.

Hammond, who backed Remain in Britain's 2016 referendum and is seen as favouring as soft a Brexit as possible, urged his divided party to show flexibility.

"We should be open to listen to suggestions that others have made and some people in the Labour Party are making other suggestions," he said.

Labour is pushing for a much closer post-Brexit alliance with the EU, including participation in a customs union.

May has previously dismissed the idea because it bars Britain from striking its own trade deals with global giants such as China and the United States.

"The government perhaps has to show a little more flexibility than it seems to have done so far," she told the BBC.