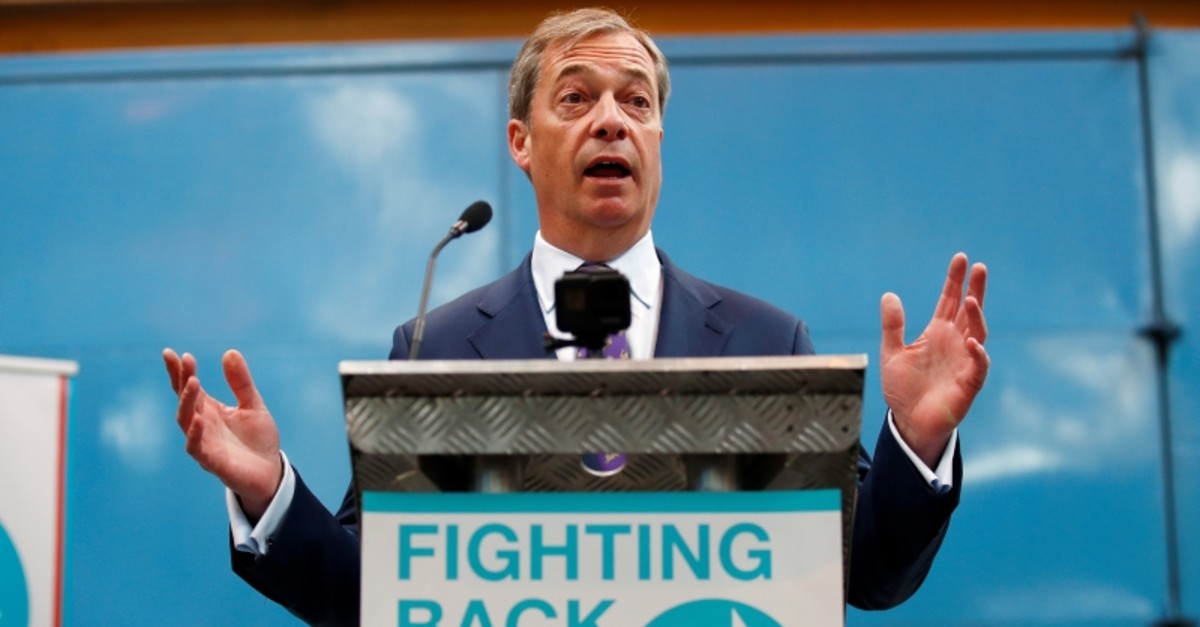 Nigel Farage, one of the leaders of a campaign to leave the European Union, launched a new Brexit Party on Friday, promising to put "the fear of God" into lawmakers he accused of betraying Britain's decision to quit the bloc.

In the central English city of Coventry, Farage, 55, whose former party UKIP is credited by many with forcing Britain's 2016 referendum on EU membership, told supporters his party was fielding an impressive team in next month's European Parliament elections.

After Prime Minister Theresa May secured another delay to Brexit in Brussels this week, parties are now preparing for the European elections despite the government's insistence that Britain could still leave the bloc without having to take part.

But with parliament rejecting May's deal to leave the EU three times, most parties suspect they will have to take part in the elections on May 23 - which could become a rerun, albeit on a smaller scale, of Britain's Brexit referendum in a possible challenge to May's Conservative Party.

"I'm doing this because ... I did actually, rather stupidly, for a moment believe that we'd won," Farage said, taking aim at those who campaigned to stay in the EU, or so-called Remainers.

"But it became clear pretty early on ... that our Remainer parliament, our Remainer cabinet and indeed our Remainer prime minister were going to do their utmost to delay, dilute and in many occasions to actually stop and overturn Brexit."

He said his new party had raised more than 750,000 pounds ($980,000) in the first 10 days of its existence and was attracting a pool of leading business people to represent it.

One of his backers was Annunziata Rees-Mogg, sister of leading eurosceptic Conservative lawmaker Jacob Rees-Mogg, who has campaigned for a clean break with the EU.

"We have seen over the course of the last few weeks the betrayal, willful betrayal, of the greatest democratic exercise in the history of this nation," Farage said, vowing there would be "no more Mr Nice Guy" in what he called his fight back against parliament.

"We can win these European elections and we can again start to put the fear of God into our members of parliament in Westminster. They deserve nothing less than that after the way they've treated us over this betrayal."