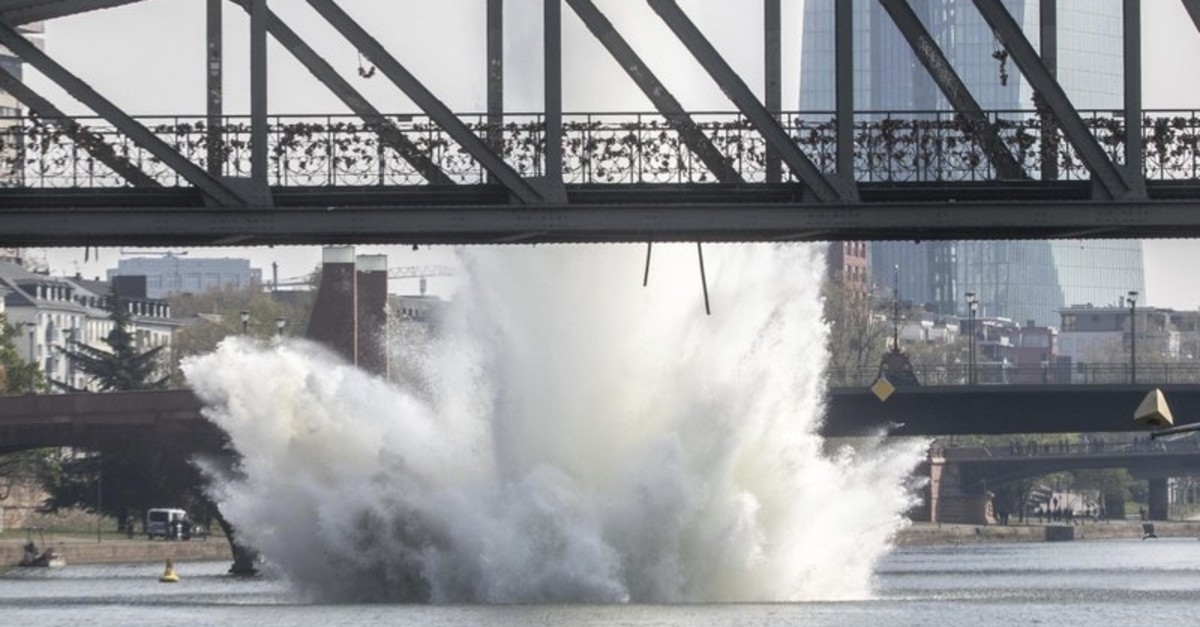 A large water fountain rises behind the Iron Bridge when a 250 kilogram US-American bomb from the Second World War in the Main River is detonated with a blast in Frankfurt, Germany, Sunday, April 14, 2019. (EPA via AP Photo)
by Compiled from Wire Services Apr 14, 2019 5:17 pm

Some 600 people have been evacuated from their homes in the old city of Frankfurt so specialists could remove a World War II-era bomb that was discovered in the Main River.

Parts of the city center were evacuated Sunday morning as experts attempted to deal with the 250-kilogram U.S. Air Force bomb. It was initially unclear whether it would be detonated or diffused.

The device was found on Tuesday during an exercise dive by the fire service.

About 600 people were asked to leave their homes from 8 a.m. (0600 GMT) on Sunday morning for security reasons, a police spokesman said. Parts of the old town around Frankfurt Cathedral were affected, as well as the opposite bank of the Main.

After the evacuation, divers were deployed to examine the explosive device in the Main.

Following the detonation, authorities checked the device again to ensure it was safe.

Even more than 70 years after the end of the war, bombs and other munitions still turn up regularly in Germany, a testament to the ferocity of the fighting in World War II.