'We'll rebuild Notre-Dame together,' Macron says as he calls for international help after massive fire 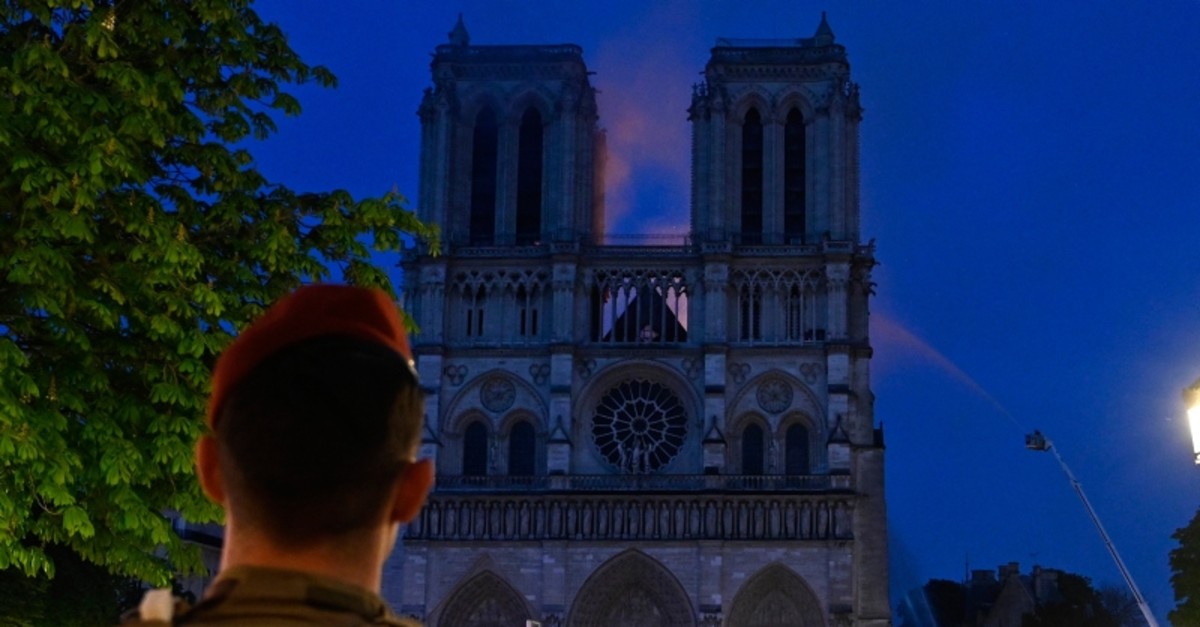 "We will rebuild Notre-Dame together," an emotional French President Emmanuel Macron vowed on Monday evening as he visited the famed Paris cathedral which was partly ravaged by fire.

With tears in his eyes, Macron said that "the worst has been avoided" thanks to the work of firefighters who battled for hours to save the Gothic cathedral's two towers and facade.

He vowed to draw on "the best talent" to rebuild what had been destroyed.

"What happened tonight in Paris and at Notre-Dame Cathedral is a terrible tragedy," Macron said.

"The worst was avoided even if the battle has not been completely won yet and the next few hours will be difficult."

The 41-year-old president described the 850-year-old monument at the heart of Paris as "the epicenter of our life" and the cathedral of "all the French", whether religious or not.

He said that "starting tomorrow" he would launch an international appeal for the restoration of the beloved church.

"And we will rebuild Notre-Dame because it is what the French expect," he said, flanked by Paris Mayor Anne Hidalgo and Paris Archbishop Michel Aupetit.

Construction on Notre Dame — French for "Our Lady" — began in the 12th century and continued for nearly 200 years. It sustained damage and fell into neglect during the French Revolution, but received renewed attention following the 1831 publication of Victor Hugo's novel "The Hunchback of Notre-Dame." This led to two decades of restorations, including the cathedral's famous flying buttresses and a reconstructed spire.

While most kings were crowned elsewhere, Napoleon Bonaparte made sure he was crowned there in 1804, and married there in 1810.