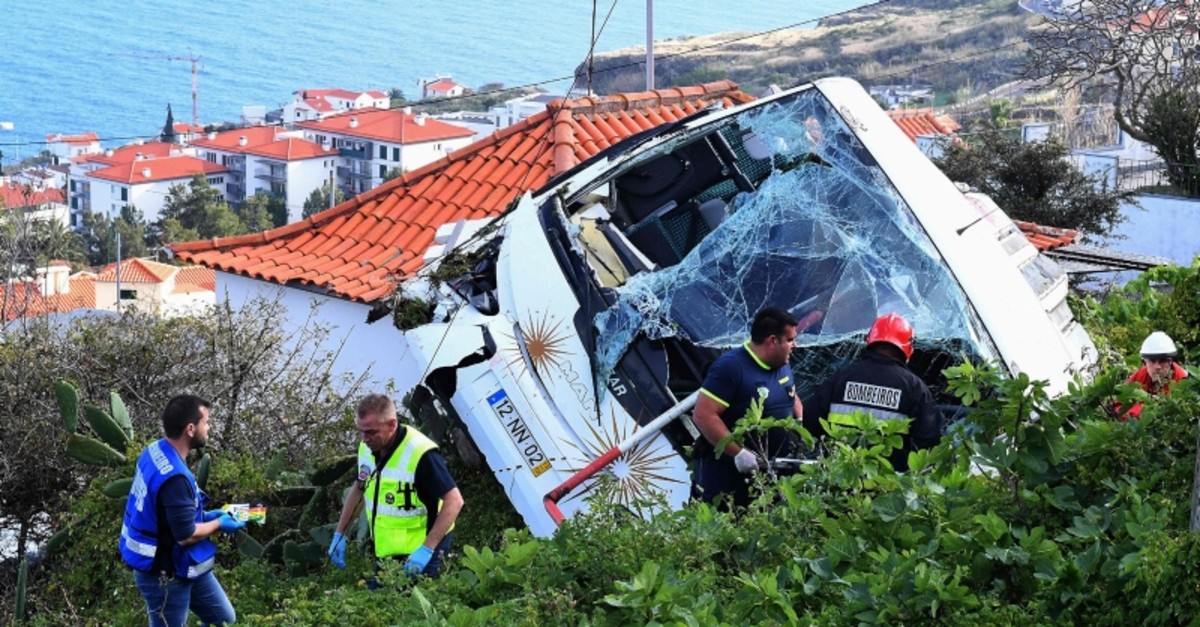 At least 28 people were killed on Wednesday when a tourist bus crashed on the Portuguese island of Madeira, Santa Cruz Mayor Filipe Sousa told broadcaster RTP3.

All of those killed in the crash, 11 men and 17 women, were German nationals, Sousa said.

The driver and the guide accompanying the tourists were injured in the crash but survived.

Several other tourists were taken to a hospital in the city of Funchal, the Lusa news agency reported. It remains unclear how many passengers were on the bus.

The accident occurred when the driver lost control of the bus at a curve, causing the vehicle to crash down an embankment onto a house, according to the local newspaper Diario de Noticias da Madeira.