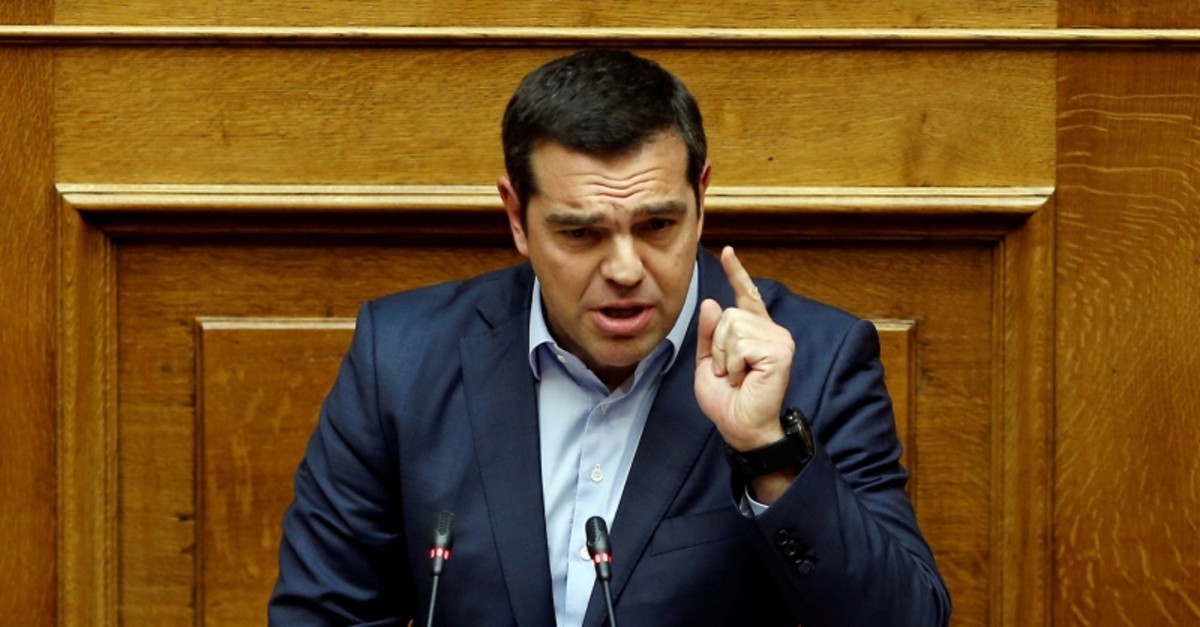 Greek Prime Minister Alexis Tsipras wants to revisit the issue of World War II-era reparations with the German government, telling lawmakers on Wednesday that he hopes parliament grants him a mandate to do so.

Greek parliament had held a debate earlier in the day on reparations from Germany to Greece for war damages and crimes committed during the Nazi occupation of the country during World War II.

Three years ago, an expert commission estimated the value of the war losses at as much as 290 billion euros (328 billion dollars).

Tsipras said he declined to raise the reparations issue in recent years for fear of intertwining it with the country's financial crisis. Now that Greece has exited a series of international bailout programmes, the time has come to discuss the topic again.

"It is a historic, ethical and emotionally loaded topic," Tsipras said ahead of a vote by lawmakers on the issue set for later Wednesday. "We now have the chance to close this chapter."

The question of reparations is both legally and politically settled, German government spokesman Steffen Seibert said Wednesday in Berlin. Lawyers and historians, however, are divided over the right of Greece to reparations.

Germany invaded Greece between 1940 and 1941, and Nazi troops occupied parts of the country until 1944. Berlin maintains that the the reparations issue was settled with German reunification in 1990 and a treaty that stipulated the new Germany would not be expected to pay more war reparations.