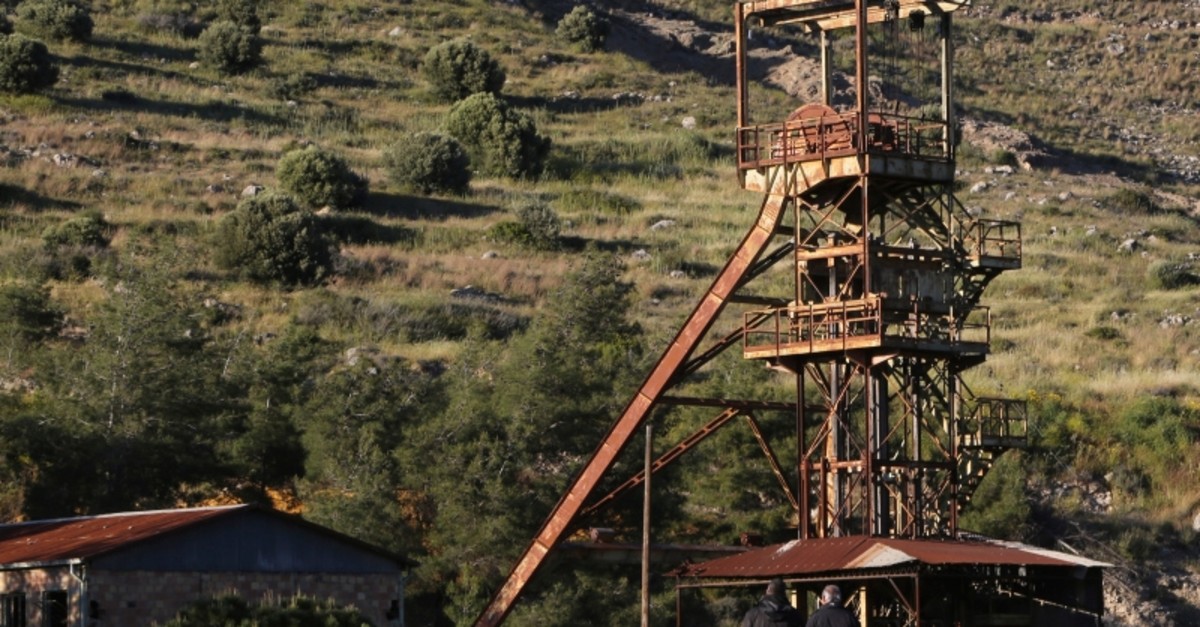 Men stand and watch the investigators by a flooded mineshaft where two female bodies were found, outside of Mister village (AP Photo)
by Associated Press Apr 23, 2019 10:54 am

Police investigators in Greek Cyprus searched a flooded mineshaft and a lake Monday in their investigation of the killings of two Filipino women and the disappearance of the 6-year-old daughter of one of the victims.

The bodies of two women were found in the abandoned mineshaft six days apart. The first, discovered April 14, was the mother of the missing child, a 38-year-old Filipino woman, police said.

The second body was found April 20; the victim's identity has not been confirmed yet, authorities said.

A 35-year-old Greek Cypriot military officer is in custody and faces charges of premeditated murder and kidnapping with intent to commit premeditated murder. A law enforcement official said that during questioning the officer admitted killing the women.

The searches of the mineshaft and the lake were for the missing girl, but investigators had not ruled out there being more possible victims of the man in custody, the official said. The official spoke to The Associated Press on condition of anonymity because he was not authorized to publicly disclose details of the case

The state-run Cyprus News Agency reported that investigators said at a court hearing that the man in custody told investigators he met the second victim online and strangled her after they had sex.

Doros Polycarpou, the executive director of an anti-racism group called KISA that runs an immigrant support center, told The Associated Press that both women were reported to police as missing last year.

Greek Cyprus Police Chief Zacharias Chrysostomou said his department would work to address any shortcomings the case exposes. Chrysostomou called the slayings "unprecedented" for Greek Cyprus, a small Mediterranean island nation, and said the scale of the crimes could be ever larger.

The search of the lake is set to continue Tuesday with underwater cameras and robotic equipment, Fire Service Chief Marcos Trangolas said.

The search of the mineshaft will resume once inspectors make sure it is safe for crews to enter, he said.