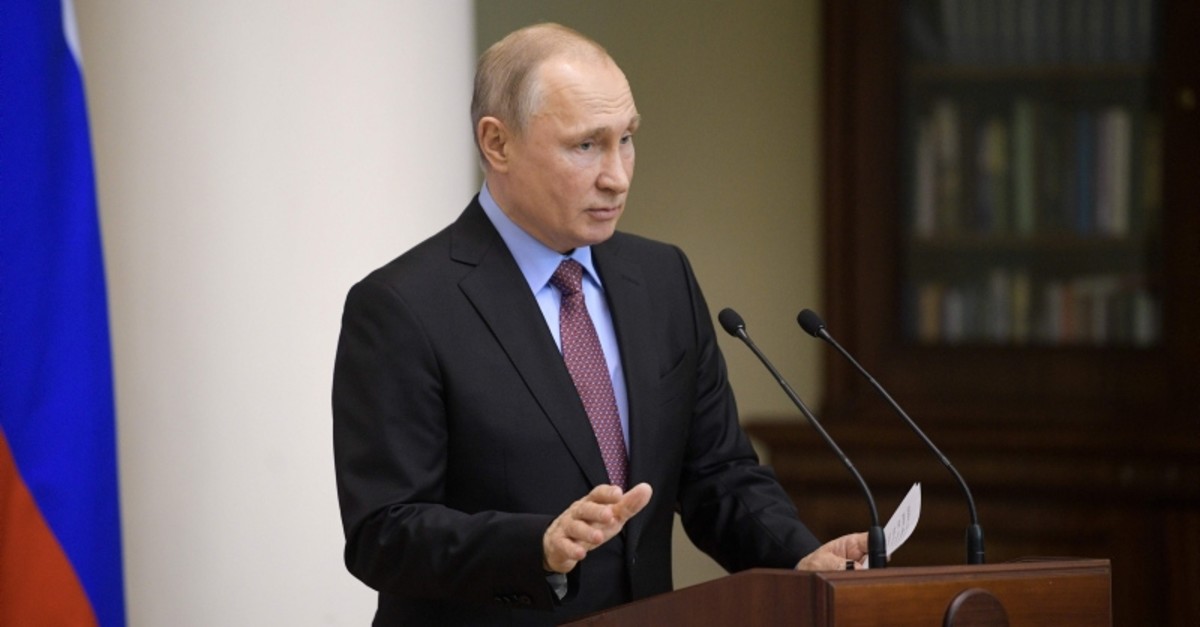 Russian President Vladimir Putin on Wednesday signed a decree to expedite applications for Russian citizenship by Ukrainians living in separatist-held areas, a move that could shatter hopes for peace in the region following the election of a new Ukrainian president.

The decree published on the Kremlin's website says that people living in the parts of Ukraine's Donetsk and Luhansk regions under separatist control will have their applications considered in under three months. They will have to swear allegiance to Russia when given Russian citizenship.

Putin's decision could trigger a major escalation in the war in the east and dampen chances for a peace process in the region — also known as Donbass — that seemed to have appeared after the Ukrainian presidential election.

Speculations about expedited citizenship for the Donetsk and Luhansk regions were swirling in Russia throughout the Ukrainian presidential campaign, but it had appeared that the Kremlin was only intending to go through with it if the incumbent leader, Petro Poroshenko, had won.

On Sunday, Poroshenko was defeated by TV comedian Volodymyr Zelenskiy, who will be sworn in next month. Zelenskiy has said his priority for the presidency is to end the war in the east that has claimed more than 15,000 lives.

In his presidential campaign, Zelenskiy did not sound as bellicose as his predecessor and spoke for a peaceful resolution of the conflict. Putin, however, unlike other world leaders, has not yet congratulated him on his victory, saying that the election results are not yet final.

"I'm calling on Ukrainian citizens on the Russia-occupied territories to refuse Russian passports," he said on Twitter.

Volodymyr Yelchenko, Ukraine's envoy at the United Nations, said on Wednesday that he has reached out to the U.N. Security Council to discuss the move, which he said grossly violates the 2015 peace accords.

After annexing Crimea in a hastily called referendum, Russia threw its weight behind separatist rebels in the east but stopped short of recognizing their independence vote or, until now, offering Russian citizenship to the local residents, even during the worst of fighting.

There was no immediate reaction from Zelenskiy's office.