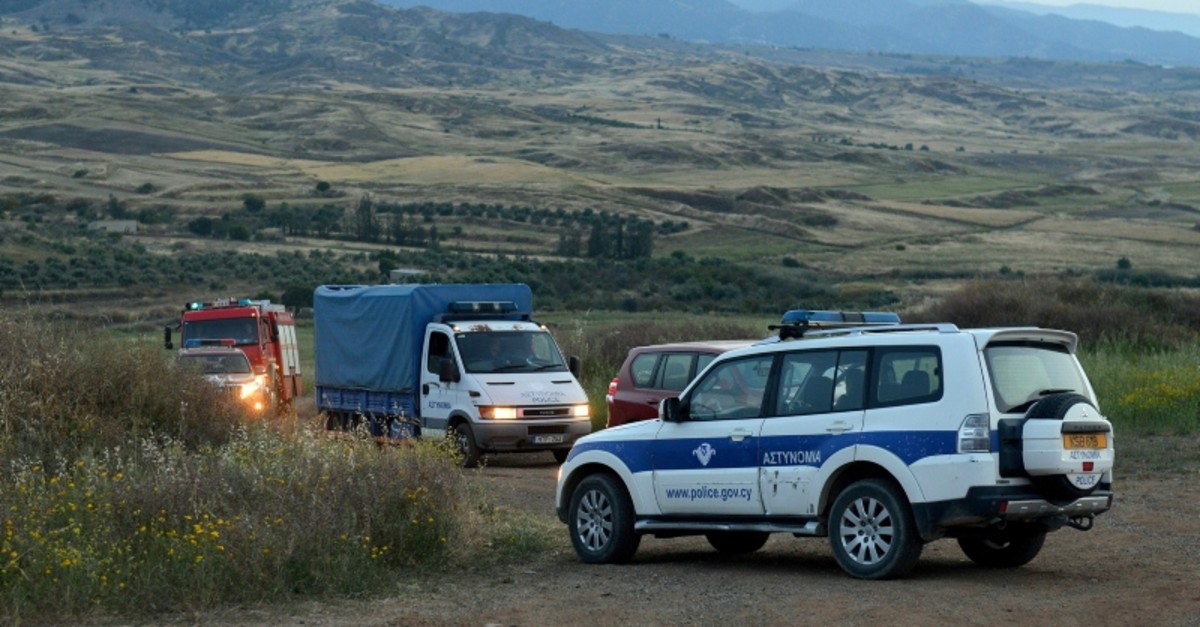 A police truck, rear left, carries a body found after Greek Cypriot investigators and police officers searched at a field outside of Orounta village, near Nicosia, Thursday, April 25, 2019
by Compiled from Wire Services Apr 26, 2019 6:08 pm

Police intensified their search for more bodies possibly dumped at a firing range, a reservoir and a man-made lake near an abandoned mine 32 kilometers (20 miles) west of Nicosia.

The scale of the alleged crimes by a Cypriot National Guard captain has horrified the small nation of over a million people, where multiple killings are rare. Five British law enforcement officials — including a coroner, a psychiatrist and investigators who specialize in multiple homicides — were coming in to help with the investigation.

The main opposition party, the left-wing AKEL, called for the resignation of Cyprus's justice minister and police chief.

Police were combing three different locations west of the capital Nicosia for victims of the suspected killer, a 35-year-old army officer who has been in detention for a week.

The bodies of three women, including two thought to be from the Philippines, have been recovered. Police sources said the suspect had indicated the location of the third body, found on Thursday, and had said the person was "either Indian or Nepali."

Police said they were searching for a further four people, including two children, based on the suspect's testimony.

"These women came here to earn a living, to help their families. They lived away from their families. And the earth swallowed them, nobody was interested," AKEL lawmaker Irene Charalambides told Reuters.

"This killer will be judged by the court but the other big question is the criminal indifference shown by the others when the reports first surfaced. I believe, as does my party, that the justice minister and the police chief should resign. They are irrevocably exposed."

Police have said they will investigate any perceived shortcomings in their handling of the case.

One person who did attempt to alert the authorities over the disappearances, a 70-year-old Cypriot citizen, said his motives were questioned by police.

The bodies of the two Filipino women reported missing in May and August 2018 were found in an abandoned mine shaft this month. Police discovered the body of the third woman at an army firing range about 14 km (9 miles) from the mine shaft.

Police are now searching for the six-year-old daughter of the first victim found, a Romanian mother who disappeared with her eight-year-old child in 2016, and a woman from the Philippines who vanished in Dec. 2017.

The man-made lake remains off-limits to a manned search because of high levels of toxic heavy metals from the copper pyrite mine, Fire Service Chief Marcos Trangolas said, adding that authorities will use other means to scour the lake.

Cyprus police have faced criticism from immigrant activists who said they didn't act fast enough to investigate the whereabouts of some of the victims, many of them domestic workers. The island nation has 80 unsolved missing persons cases, going back to 1990.

The suspect has not been publicly named, in line with Cypriot legal practice.

A public vigil for the missing was planned later on Friday.