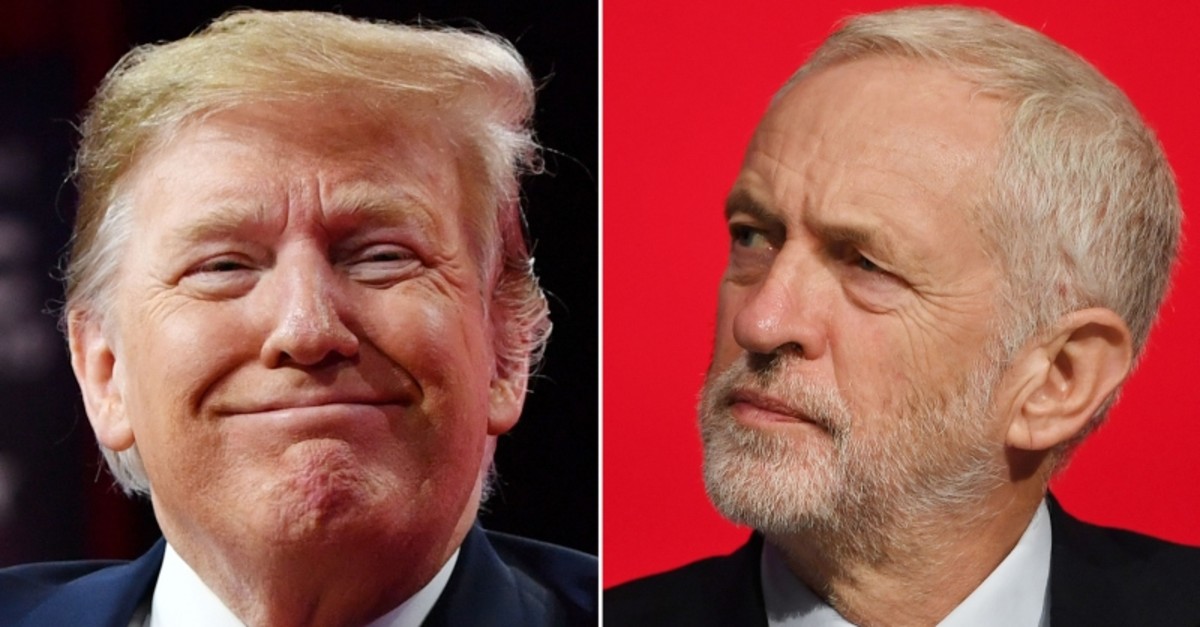 The leader of Britain's main left-wing opposition party criticized the government Friday for "rolling out the red carpet" for U.S. President Donald Trump's June visit and said he declined an invitation to attend the state dinner in protest.

Jeremy Corbyn said in a statement he disagreed with the prime minister's invitation of a formal visit to Trump and he would not attend any state dinner.

"Theresa May should not be rolling out the red carpet for a state visit to honor a president who rips up vital international treaties, backs climate change denial and uses racist and misogynist rhetoric," said Corbyn.

"Maintaining an important relationship with the United States does not require the pomp and ceremony of a state visit. It is disappointing that the prime minister has again opted to kowtow to this US administration," he added.

Corbyn, on the other hand, did not rule out a meeting with the visiting U.S. president.

"I would welcome a meeting with President Trump to discuss all matters of interest," he said.

Trump will pay a state visit to the U.K. in the first week of June, a statement from Buckingham Palace said earlier this week.

During the visit, on June 3-5, Trump will be joined by his wife Melania.

The invitation for a state visit by May was extended to Trump during her 2017 visit to the U.S., sparking criticism due to the new president's controversial travel ban on seven Muslim-majority countries.

Paying the U.K. a working visit in July 2018, Trump saw protests from thousands of British people in London and in various major cities, including Manchester, Birmingham, Glasgow, and Belfast.

A petition calling on the British government to cancel the invitation gathered over 1.85 million signatures. It said any official state visit should be axed "because it would cause embarrassment to Her Majesty, the Queen."

It also said Trump's "well-documented misogyny and vulgarity" disqualified him from meeting the Queen or other British royals.

The government responded to the parliamentary petition, saying it believed the American leader should "be extended the full courtesy" of an official reception.

London Mayor Sadiq Khan said at the time that Trump was "not welcome" to visit the U.K. saying the president "used Twitter to promote a vile, extremist group that exists solely to sow division and hatred in our country."

In 2017 Parliament Speaker John Bercow said that Britain's relationship with the U.S. is valued and the decision for a state visit by a president is beyond his authority.

"However, as far as this place [House of Commons] is concerned, I feel very strongly that our opposition to racism, and to sexism and our support for equality before the law and an independent judiciary are important considerations," he said.