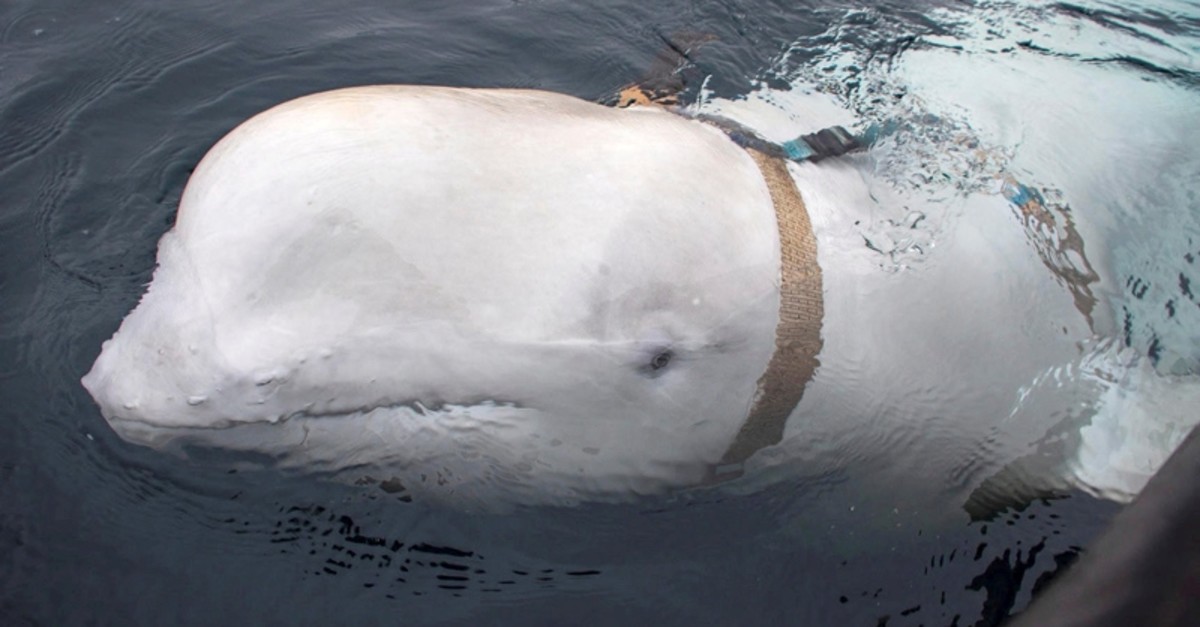 A Norwegian fisherman was lauded on Saturday for successfully removing a harness attached to a white whale believed to have escaped from a Russian navy facility, a news report said.

In recent days, the white whale has approached fishing boats off the coast of Finnmark in northern Norway.

Hesten, who accompanied the directorate staff, put on a survival suit before jumping into the icy waters off the island of Rolfsoya to assist the whale.

"When I was in the water, it came really close ... and I managed to reach and unfasten the front buckle," he told NRK.

Hesten said the other strap was more difficult to remove, but he managed to attach a hook to it and the strap came off as the whale swam away.

Whale researcher Audun Rikardsen at UiT - the Arctic University of Norway in Tromso - welcomed the effort, saying the whale was likely not fully grown and would have suffered as a result of the straps.

Rikardsen said he had been in touch with a Russian colleague who believed the whale had been used on some capacity by the Russian navy. He did not give further details.

The U.S. Navy is known to have trained dolphins for tasks such as detecting and recovering equipment.