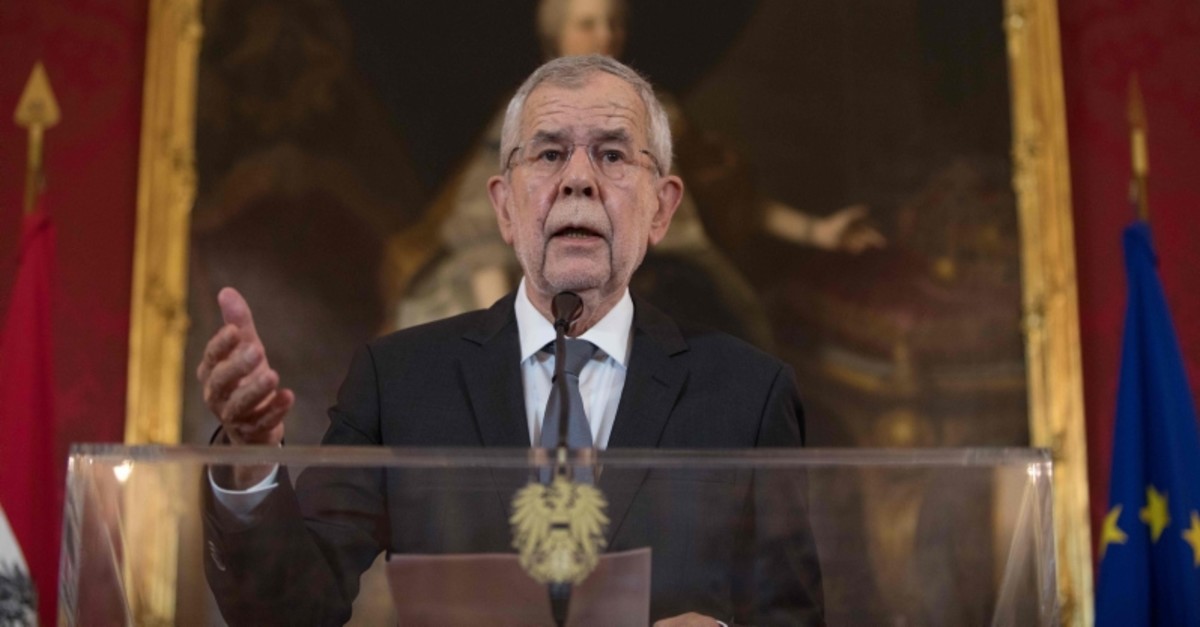 Austria's president on Sunday recommended a new election be held in early September, saying he wanted to restore trust in the government after a video scandal led to the resignation of the vice chancellor.

Chancellor Sebastian Kurz pulled the plug on the coalition and called for a snap election on Saturday after his deputy, Heinz-Christian Strache, the leader of the far-right Freedom Party, quit over a video showed him discussing fixing state contracts in return for favors.

It is most important that Austrians are given the chance of a new start to rebuild trust in its government, President Alexander van der Bellen said in a statement at his Hofburg residence in Vienna.

"This new beginning should take place quickly, as quickly as the provisions of the Federal Constitution permit, so I plead for elections... in September, if possible at the beginning of September," the president said.

Strache has described the video sting as a "targeted political assassination" and said it never led to any money changing hands. He insisted the only crime that took place was illegally videotaping a private dinner party.

Van der Bellen and Kurz said at their joint news conference that stability was a main priority for them for the coming months.

Kurz repeated that he saw the snap elections as the only way to solve the crisis. "The new elections were a necessity, not a wish," he said.

The make up of a caretaker government remained unclear a day after the 18-month-old coalition of conservatives and the far right collapsed.