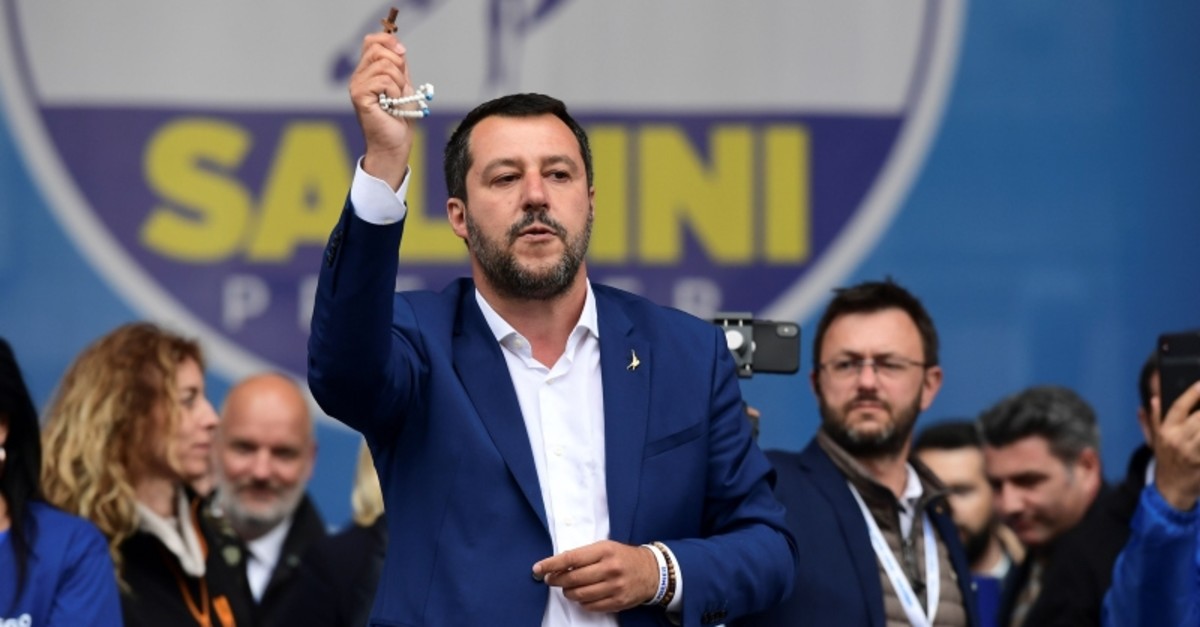 Italian Deputy Prime Minister and Interior Minister Matteo Salvini (C) delivers a speech holding a rosary during a rally of European nationalists ahead of European elections on May 18, 2019, in Milan. (AFP Photo)
by Compiled from Wire Services May 19, 2019 3:28 pm

In a letter to Italy's government, the investigators said the decree appears to be "yet another political attempt to criminalize search and rescue operations" that "further intensifies the climate of hostility and xenophobia against migrants."

Interior Minister Matteo Salvini, a hard-line populist, has proposed the decree ahead of the European Parliament elections this week, where nationalist, anti-migrant parties are hoping to make strong gains.

Investigators also expressed "grave concerns" about a draft security decree introducing sanctions of 3,500-5,500 euros (3,900-6150 dollars) for each migrant picked up by NGOs.

The letter from the U.N. High Commissioner for Human Rights says the measures would violate migrants' human rights, which are enshrined in U.N. conventions. It said Italy is obliged to rescue migrants in distress and cannot impede others from doing so.

They also recall that Libya is not a safe place for the return of migrants, and criticize one of Salvini's decrees for suggesting that "potential terrorists" may hide among sea migrants.

The experts' requests are non-binding.

Salvini's far-right League is pushing for the decree to be approved at a cabinet meeting on Monday, but there is resistance from Italy's other populist ruling party, the Five Star Movement.