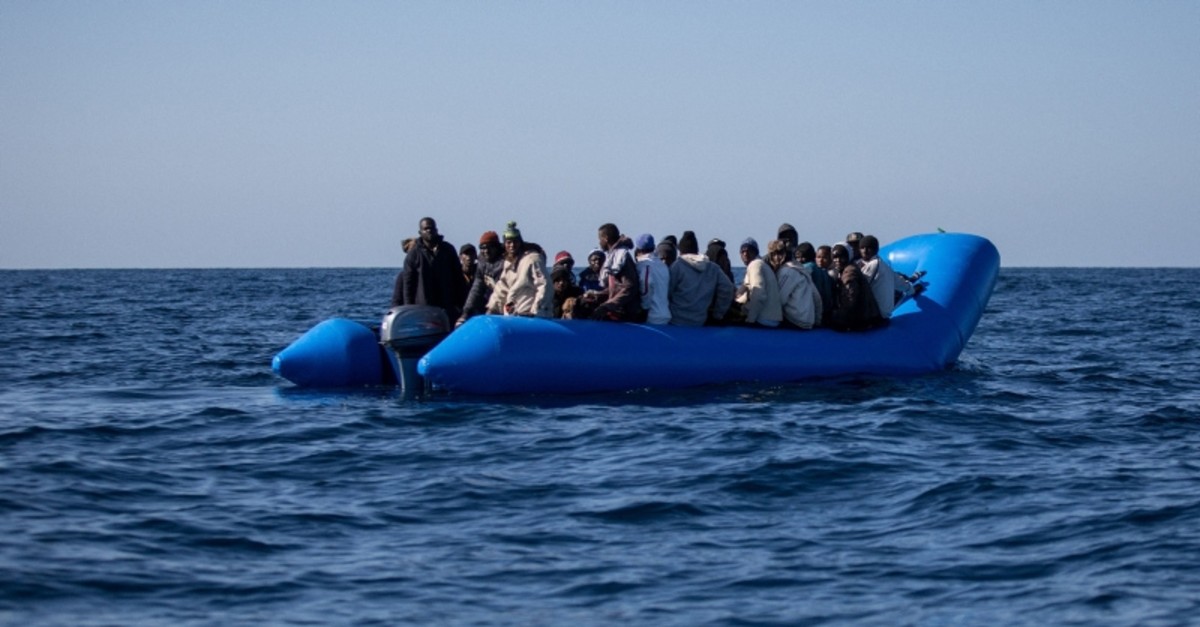 During a chaotic evening, Salvini was informed that migrants were arriving on the southern island of Lampedusa, hours after he said they would not, while giving a live interview on the La7 news channel.

"Somebody will have given the order. This somebody will have to answer for it," a seemingly dumbfounded Salvini said, pointing the finger at his populist coalition partners, the Five Star Movement (M5S).

M5S Transport Minister Danilo Toninelli, who is responsible for ports, hit back with a statement saying he had nothing to do with the turn of events.

"If Salvini has something to tell me, he should tell it to my face. He should not spout rubbish about me on TV," Toninelli charged, explaining it was magistrates who gave the order.

Agrigento Prosecutor Luigi Patronaggio said in a separate statement he impounded the Sea-Watch 3 vessel for alleged breach of immigration law, and ordered its evacuation.

Italy's customs police, the Guardia di Finanza, and the coastguard boarded the vessel and took the migrants to Lampedusa, while the Sea-Watch 3 was due to be escorted to Licata, in mainland Sicily.

The migrants were transferred to Lampedusa in small groups, so disembarkation procedures took a couple of hours. A small crowd cheered them at the harbour with banners and pro-migrant slogans.

"Ports are open! The Italian authorities finally allowed the disembarkation of our remaining guests," the Sea-Watch non-governmental organization (NGO) wrote on Twitter.

" Disembarkation of all our guest is completed. Our guests get a warm welcome by the Italian civil society - Grazie Italia!" the charity added.

Earlier, Salvini had tweeted: "As far as I am concerned, even if the ship is impounded there should be NO disembarkation. Anyone who thinks otherwise should claim responsibility [for their actions]."

The Sea-Watch 3 approached Lampedusa on Saturday, after defying an order not to enter Italian waters. Its captain had threatened to enter Lampedusa's port unilaterally, according to ANSA news agency.

Disembarking the migrants was a humanitarian imperative due to deteriorating conditions on board, Sea-Watch officials said in the past 24 hours.

On Wednesday, the Sea-Watch 3 rescued a total of 65 people off Libyan shores, and Italy agreed on Friday to take in 18 of them - mostly families with children - leaving the other 47 stranded at sea.

"We condemn that our ship is likely to get confiscated now while people are dying at sea, however we are convinced that it will be proven soon that we did nothing wrong, so we can get back to our work that is extremely necessary as the death rate [in the Mediterranean] has never been as high as this year."

Salvini, who leads the far-right League party, has sharpened his anti-immigration rhetoric amid hectic campaigning for European Parliament elections, scheduled in Italy for May 26.

The election campaign has also ratcheted up tensions between the League and the M5S - as exemplified by Sunday's sharp exchange between Salvini and Toninelli.