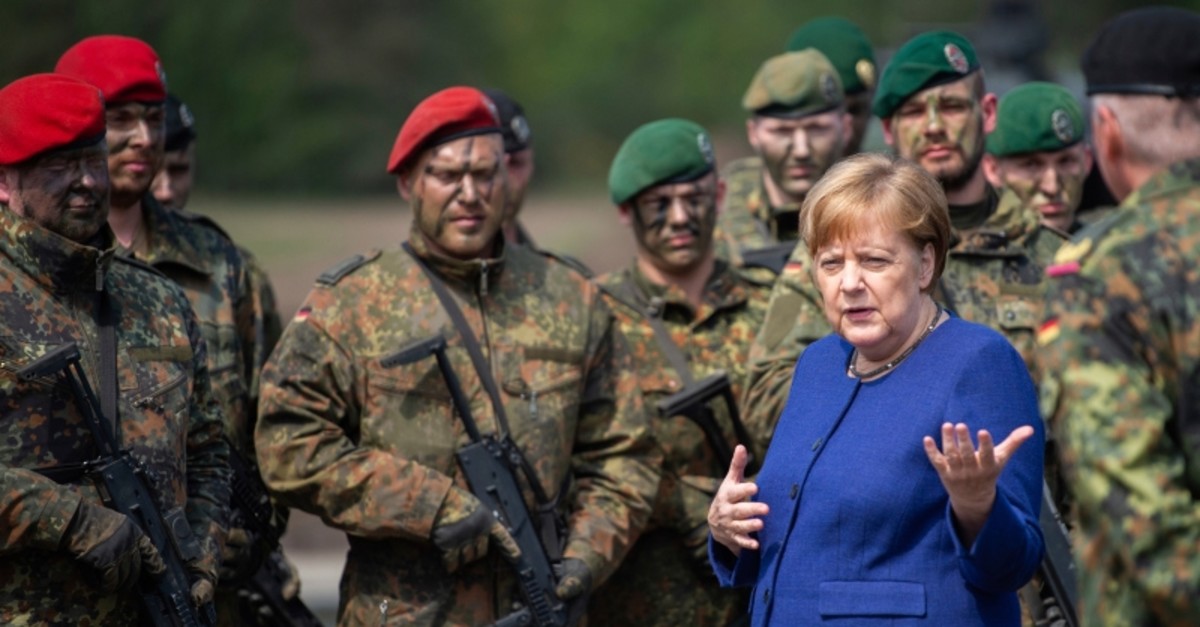 The NATO military alliance must turn its attention to securing its own territory in addition to focusing on its foreign missions, German Chancellor Angela Merkel said Monday during a visit to a tank brigade in northern Germany.

Speaking at a military training ground in Munster, the chancellor pledged to provide the necessary means for the German military to fulfill its NATO obligations as it faces challenges in Europe after deployments in locations like Afghanistan and Mali.

Merkel recalled Russia's annexation of the Crimean peninsula in 2014, which was the reason for setting up NATO's Very High Readiness Joint Task Force (VJTF).

"Given what we experienced at the time, a new situation has arisen that calls for defense of the alliance," Merkel said.

She noted that new Ukrainian President Volodymyr Zelenskiy had made ending the war in the east of the country a top priority during his inaugural address on Monday.

Germany's Panzerlehrbrigade 9 forms the core of the VJTF for 2019 after the country took over from Italy at the start of the year.

The Netherlands and Norway provide support units, including mechanized infantry. Other contributors to the 8,000-strong unit are France, Belgium, Luxembourg, the Czech Republic, Latvia and Lithuania.

Turning to the vexed question of German military expenditure, Merkel said: "We have seen a considerable rise in financial spending in the Bundeswehr over recent years."

"With the limited leeway we have, we will nevertheless have to continue this in future, because precisely this is what our partners expect of us," she added.

Germany has faced sharp criticism from U.S. President Donald Trump for falling short of the agreed defense spending target of 2 per cent of gross domestic product.