British lawmakers to get vote on 2nd referendum if they approve new Brexit law, PM May says 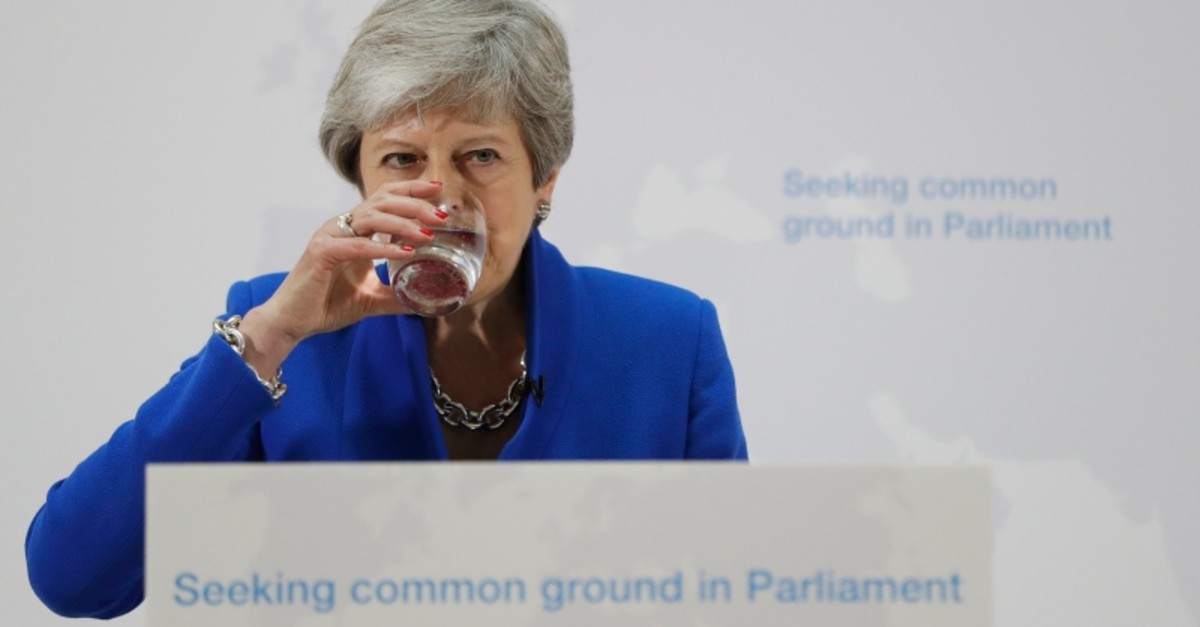 In a major concession, British Prime Minister Theresa May on Tuesday offered U.K. lawmakers the chance to vote on whether to hold a new referendum on the country's membership in the European Union — but only if it backs her thrice-rejected Brexit agreement.

May made the offer as part of attempts to persuade Parliament to back a divorce agreement that will allow the U.K. to leave the EU in an orderly fashion.

She plans to ask the House of Commons to vote in early June on a withdrawal agreement bill, in what she called a "last chance" to seal a Brexit deal.

In a speech Tuesday, May said the bill would include "a requirement to vote on whether to hold a second referendum and this must take place before the Withdrawal Agreement can be ratified."

"I do not believe that this is a route she should take . but I recognize the genuine and sincere strength of feeling" on the issue, she said.

But the Brexit referendum will only happen if Parliament backs the EU withdrawal bill and it becomes law, something that still seems unlikely.

Britain was due to leave the EU on March 29, but the bloc extended the deadline until Oct. 31 amid the political impasse. Talks on securing a compromise on the Brexit deal between May's Conservatives and the opposition Labour Party broke down last week.

May says she will try again the week of June 3 by asking lawmakers to vote on a withdrawal agreement bill implementing the departure terms.

She has tried to secure backing from lawmakers with promises to maintain high standards on workers' rights and environmental protections — issues that are priorities for the left-of-center opposition Labour Party.

She also said U.K. lawmakers would get to decide how close a trade relationship to seek with the EU after Brexit, in a concession to Labour's demands for a customs union.

May said she was "making a new offer to find common ground in Parliament."

"I have compromised. Now I ask you to compromise too," she said.

May has said that after Parliament votes on the bill she will set out a timetable for her departure as Conservative leader and prime minister. Pro-Brexit Conservatives blame May for the country's political deadlock and want to replace her with a staunch Brexit supporter such as Boris Johnson, a former foreign secretary.

In a sign of the splits within the Conservative government over Britain's departure from the EU, Treasury chief Phillip Hammond cautioned against trying to leave the bloc without an agreement on trade and other terms.

Hammond planned to tell a business dinner that politicians "on the populist right" are trying to redefine Brexit to mean a no-deal departure from the EU.

In extracts released in advance, Hammond said "to advocate for 'no deal' is to hijack the result of the referendum, and in doing so, knowingly to inflict damage on our economy and our living standards."