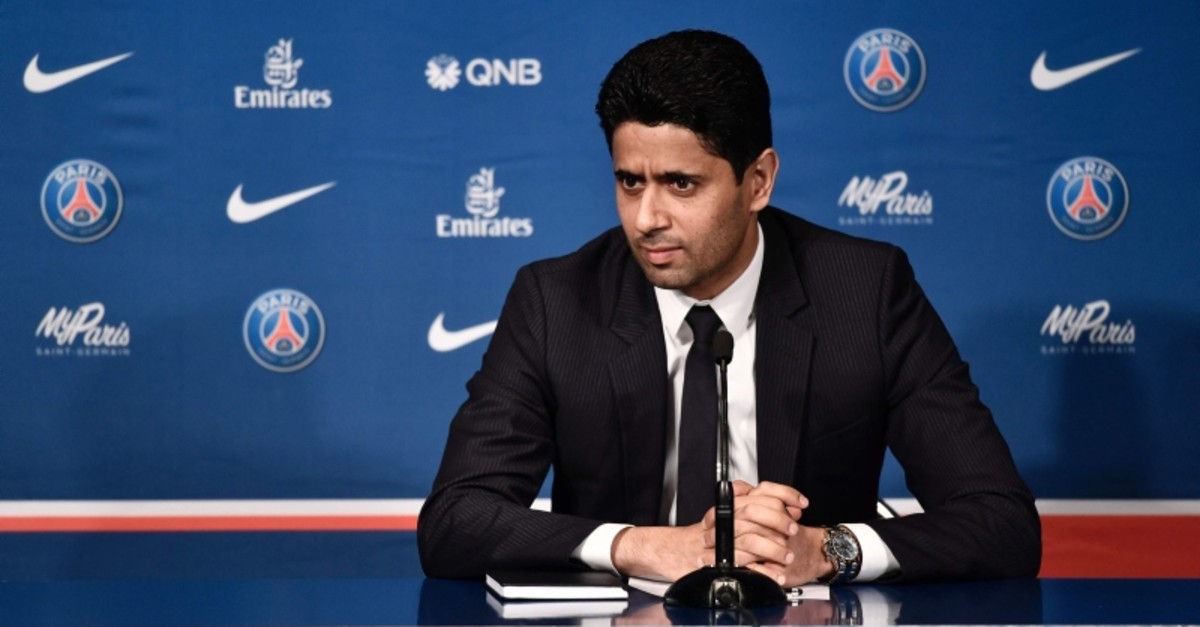 Paris Saint-Germain president Nasser Al-Khelaifi has been placed under investigation for corruption as part of an inquiry into the bidding process for the 2017 and 2019 track world championships, a judicial official said Thursday.

The official told The Associated Press the preliminary charge of "active corruption" was filed against the beIN Media Group chairman in mid-May. The official spoke on condition of anonymity because the person wasn't authorized to discuss the investigation publicly.

The chief executive officer of beIN, Yousef Al-Obaidly, was also handed preliminary charges of corruption, while former IAAF president Lamine Diack is suspected of "passive corruption" in the same case.

According to Al-Obaidly's lawyer, the case centers on documents showing that a former IAAF official received two payments totaling about $3.5 million from Qatari investors before the vote for the 2017 track world championships. Qatar eventually lost to London but was later awarded the 2019 worlds. The championships will be held in Doha from Sept. 27-Oct. 6.

The two payments from Oryx Qatar Sports Investments, an investment fund linked to the Qatari government, were made to Pamodzi Sports Marketing in October and November 2011, days before the vote.

Al-Obaidly's representatives say the payments made by Oryx to the IAAF's appointed agent were transparent and part of the normal bidding process. Set up to handle the sponsorship and rights for Qatar's bid, Oryx accepted to pay $32.5 million for the event's commercial rights, including the $3.5 million paid to Pamodzi as a non-refundable deposit. The full amount would have been paid only if Qatar's bid had been successful.

Pamodzi was founded by one of Diack's sons, Papa Massata Diack. A former marketing consultant at the IAAF, he has been banned for allegations of extorting hundreds of thousands of dollars from a Russian marathon runner to avoid a doping ban before the 2012 Olympics. France has issued a wanted notice for him via Interpol.

Al-Khelaifi is a member of the UEFA executive committee, representing European clubs, and is due to take part in the body's meeting on Wednesday in Baku, Azerbaijan.

Al-Khelaifi was selected as a club delegate, and confirmed by UEFA member federations in February, despite being the subject of a criminal proceeding for bribery in Switzerland since 2017. The Qatari television executive is suspected of bribing FIFA's then-secretary general with use of a luxury villa in Italy to help secure 2026 and 2030 World Cup broadcasting rights in the Middle East for Doha-based beIN Sports.

The judge's decision means Khelaifi is now formally treated as a suspect and takes the legal process one step closer to trial. Under French law, however, a suspect is not formally charged with a crime unless he is sent to trial.

The move by a investigative judge is a demonstration of the broadening scope of a French investigation into the web of corruption once rife in world athletics, including bribes to cover up athletes' positive drugs tests and hosting rights.

French prosecutors this week recommended that Lamine Diack, the Senegalese former head of the IAAF, and his son stand trial for a host of suspected illicit practices, committed over a number of years with the active involvement of athletes and their federations.

Lamine and his son have consistently denied wrongdoing. A lawyer representing Diack senior declined to comment above the move. Son Papa Massata Diack did not respond to requests for comment.

The investigative judges presiding over the Diack case accuse the Senegalese of favouring Qatar's bid for the 2017 world championship in return for a kick-back, sources said.