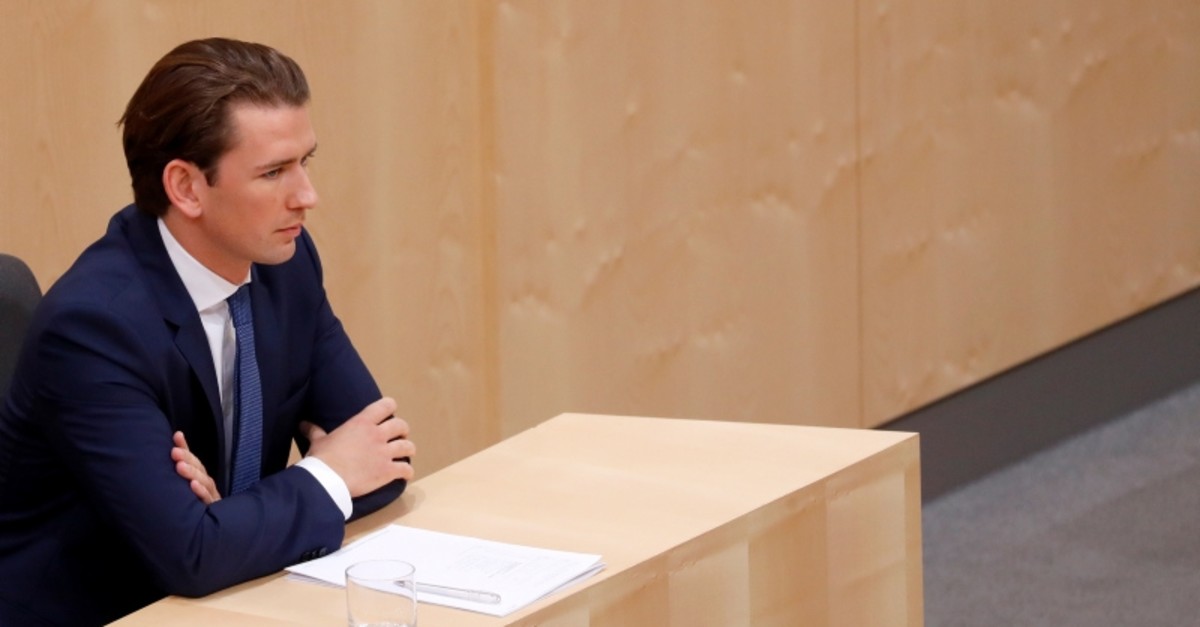 Austrian Chancellor Sebastian Kurz attends a session of the Parliament in Vienna, Austria May 27, 2019. (Reuters Photo)
by Associated Press May 27, 2019 5:24 pm

Austrian Chancellor Sebastian Kurz was ousted by parliament in a no-confidence vote Monday, paving the way for a caretaker government before a new election in which the young leader and his People's Party could emerge with a stronger mandate.

The vote came after a week of turmoil at the top in Austria. Kurz pulled the plug on his coalition with the far-right Freedom Party after a video emerged showing that party's leader appearing to be offering lucrative government contracts to a purported Russian investor.

A new election is already planned for September, and President Alexander Van der Bellen now needs to appoint a caretaker government to serve until then.

No-confidence votes are common in Austrian politics, but this is the first one to have succeeded in its modern history. It also makes Kurz the shortest-serving chancellor since 1945 with 525 days in office, according to the Austria Press Agency.

Kurz loses the advantage of campaigning as an incumbent chancellor but remains popular and his center-right party finished first Sunday in Austria in the European Parliament election with 34.9% support, a gain of almost 8 percentage points over 2014.

He remained composed Monday amid withering criticism from opponents in parliament ahead of the no-confidence vote, telling the body that he was "proud and satisfied with the work we have done as a government in the past year and a half." He pledged to work constructively with the caretaker government.

"We will certainly not put any stones on the path of the next government," he said. "We will support them as much as possible."

Kurz also suggested he had no choice but to end his partnership with the Freedom Party after the video of Heinz-Christian Strache emerged. Strache has since resigned as Freedom Party leader, and his party's ministers were replaced last week by interim technocrats until the new election.

"It was clear for me that it meant the end of the coalition," Kurz said.

Herbert Kickl, a Freedom Party lawmaker who served as interior minister in the coalition, accused Kurz of using the Strache video as a chance to consolidate his own power.

"He made the entire Freedom Party responsible for the wrong actions of two people," Kickl told parliament. "He tried to take advantage of a difficult situation of a government partner. He tried to enlarge his own power base."

"This is a shameless, unrestrained and irresponsible power grab, this is what we are witnessing," she said. "But the power in our country is based on the people, and not you."

Kurz, 32, became Europe's youngest leader when he was sworn in just before Christmas 2017.

It was not immediately clear when the Austrian president would appoint the new government.