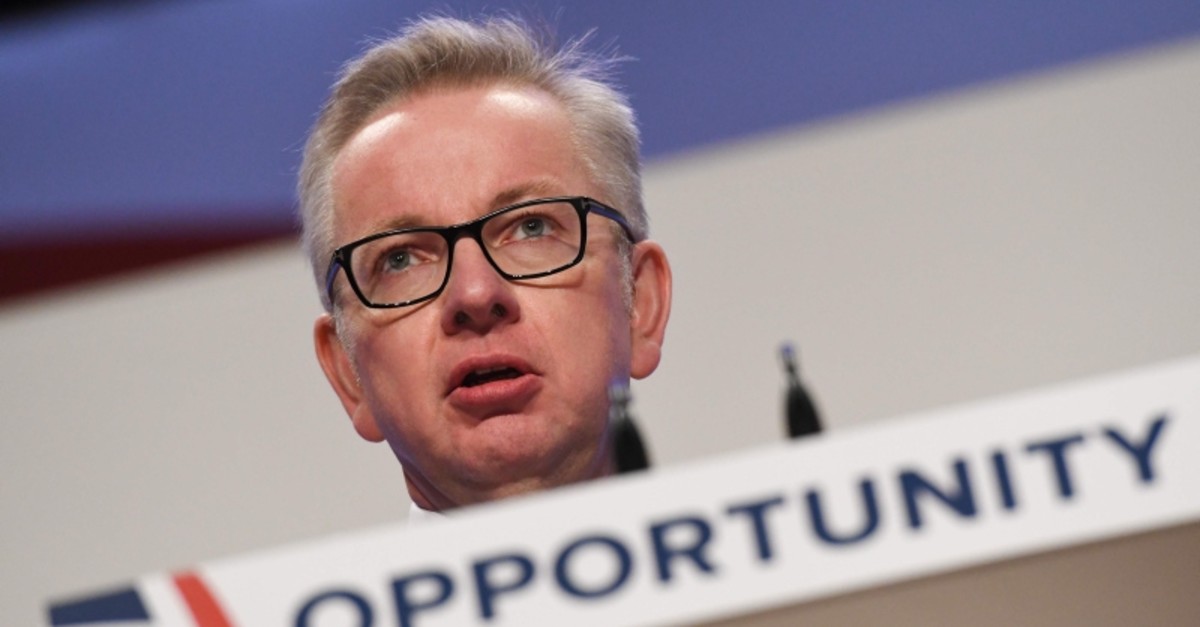 Britain's Environment Minister Michael Gove, a leading candidate to replace Theresa May as prime minister, will offer to waive a planned naturalization fee for eligible European nationals as a goodwill gesture, a source close to him said on Monday.

"Michael Gove is ready to unite the country. Guaranteeing the rights of EU nationals here in the U.K. through a declaratory scheme, and making a generous offer of citizenship to those lawfully here at the time of the referendum, is a first step in that direction," said a source close to Gove, confirming a report by Sky News.

May said on Friday she was quitting over her failure to deliver Brexit, and a host of potential candidates to replace her in her Conservative Party have emerged.

They are likely to seek a more divisive split with the European Union and lead to confrontation with the bloc or a possible parliamentary election.

Under Gove's plan, a 1,330-pound ($1,6880) fee would be waived for the around three million EU citizens who may be eligible for naturalization in 2021 because they resided in the United Kingdom when the referendum was held in June 2016, Sky reported.

"This is simply the right thing to do - honoring the promise of VoteLeave that EU nationals studying, working and living in the U.K. were welcome to stay. Michael Gove led that campaign and now he's ready to deliver Brexit," the source confirmed.