7 dead, 21 missing after boat capsizes in Danube River in Budapest 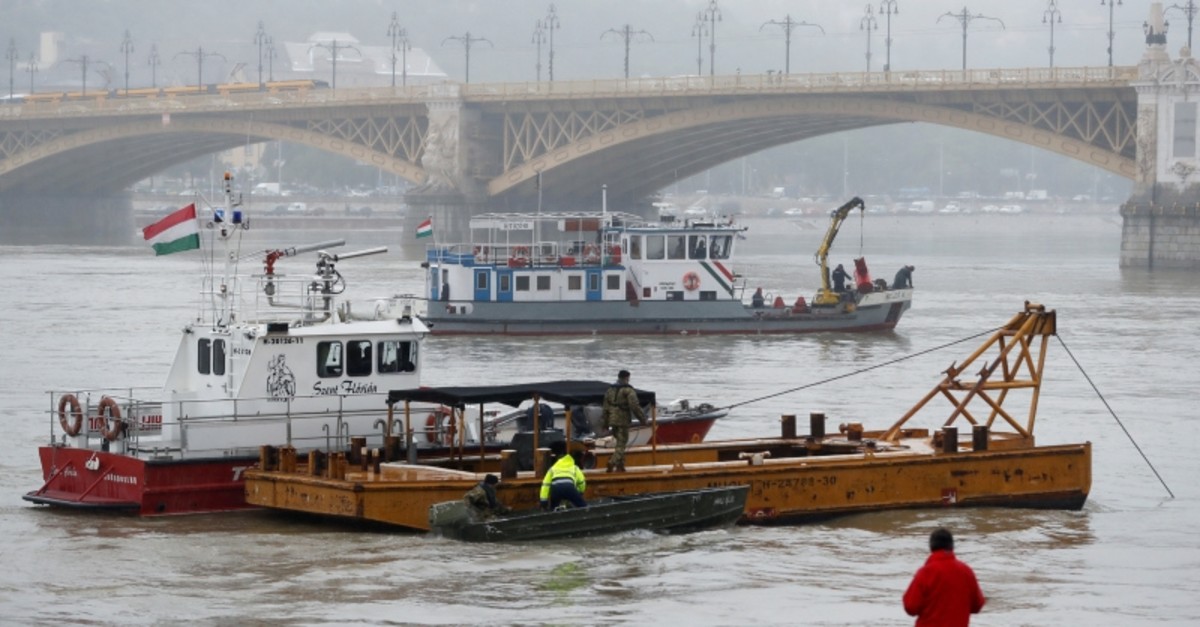 A person watches rescue boats after a ship accident that killed several people on the Danube river in Budapest, Hungary, May 30, 2019. (Reuters Photo)
by Compiled from Wire Services May 29, 2019 11:59 pm

A massive search was underway on the Danube River in downtown Budapest for 21 people missing after a sightseeing boat with 33 South Korean tourists sank after colliding with another vessel during an evening downpour. Seven people are confirmed dead, officials said Thursday.

Another seven have been rescued, Pal Gyorfi, spokesman for the National Ambulance Service, said. They were hospitalized in stable condition following the accident Wednesday night.

MTI said the boat carried 34 people, including crew, mostly Asian tourists. State television said there were 32 tourists and two crew on board.

A police spokeswoman and the disaster units spokesman could not immediately comment.

The news web site Index.hu cited the boat's owner as reporting that the boat, called Mermaid, had sunk.

Rescue efforts were under way with more than a dozen vehicles visible several hundred meters downstream from the site of the accident.

At least one tourist had to be revived, the National Ambulance Service told state news agency MTI.

Television footage shows the Danube bank closed off by police on the Pest bank, directly across from the World Heritage site of Buda Castle.

Police ordered all shipping to stop on the Danube at central Budapest, it said in a statement.