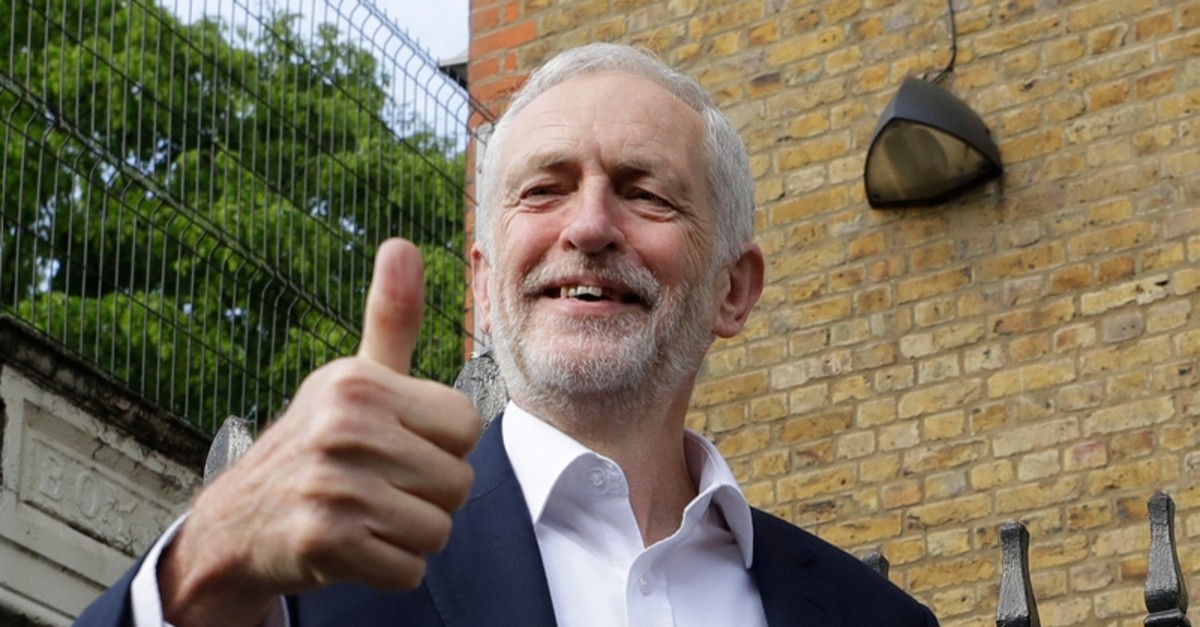 Jeremy Corbyn leader of Britain's opposition Labour Party gives the thumbs up after voting in the European Elections in London, Thursday, May 23, 2019. (AP Photo)
by May 29, 2019 1:48 am

Britain's Labour Party leader Jeremy Corbyn is set to back a second referendum on Brexit and it could be within days, the Mirror newspaper reported late on Tuesday, citing senior figures of the party.

Corbyn, who has so far said the option of a second referendum should be kept on the table, is under pressure to endorse one without qualification. The prospect poses a dilemma as many of the party's supporters backed Brexit.

After being punished by voters in the European elections, which saw both pro-Brexit and pro-European Union parties surge at the expense of Labour and the governing Conservatives, Labour said a public vote was the way to reunite the country, but added this could also be a national election.

Corbyn himself on Monday had said that the British public should be asked again to give its verdict on Brexit, either through a general election or a second referendum.

"With the Conservatives disintegrating and unable to govern, and parliament deadlocked, this issue will have to go back to the people, whether through a general election or a public vote," Corbyn had said, adding the party would have discussions on the way forward.