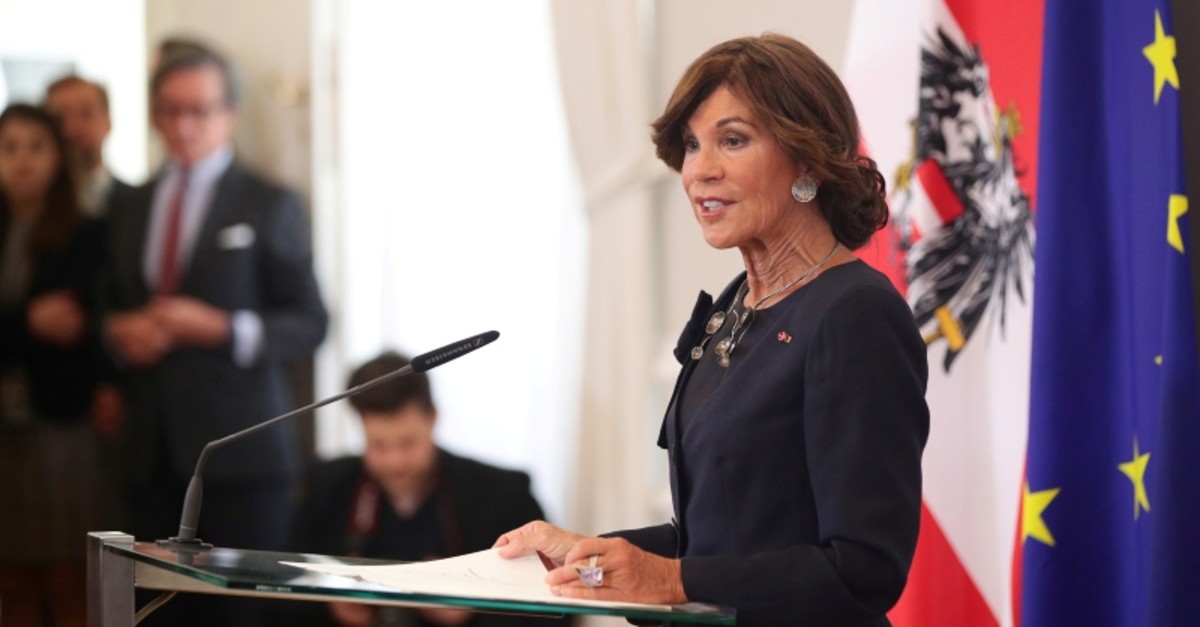 Austria swore in its first female chancellor Monday at the head of an interim government that will serve until after an election expected in September.

The 69-year-old Brigitte Bierlein, previously the head of Austria's top court, will lead a Cabinet of non-partisan experts.

"I am particularly glad ... that for the first time in history we will have a female chancellor at the head of the government, and secondly that women and men are equally represented in this government," President Alexander Van der Bellen said as he swore in the new team. "In the future, no one will be able to say 'unfortunately that's not possible.'"

Bierlein was named as interim leader after Sebastian Kurz lost a confidence vote a week ago, following the collapse of a governing coalition of his right-wing People's Party and the far-right Freedom Party.

Bierlein pledged stability and assured Austrians that they were in good hands. She said a government needed to have transparent rules, be open to dialogue and constructive disagreement, and to entertain a diversity of opinion.

"That was my core belief as a judge, and it remains my belief as chancellor," she said.

As he swore in the new Cabinet, Van der Bellen called on Austrians not to "turn away" from politics. Bierlein appealed specifically to the country's youth, particularly young women, to help make a "strong, livable and tolerant Austria."

"Our land, our democracy needs all of you, your creative strength and your belief in Austria," she said. "Your engagement is irreplaceable for the health of our republic and all of Europe."

Bierlein's deputy at the Constitutional Court, Christoph Grabenwarter, took over the leadership of the tribunal following her nomination as chancellor.