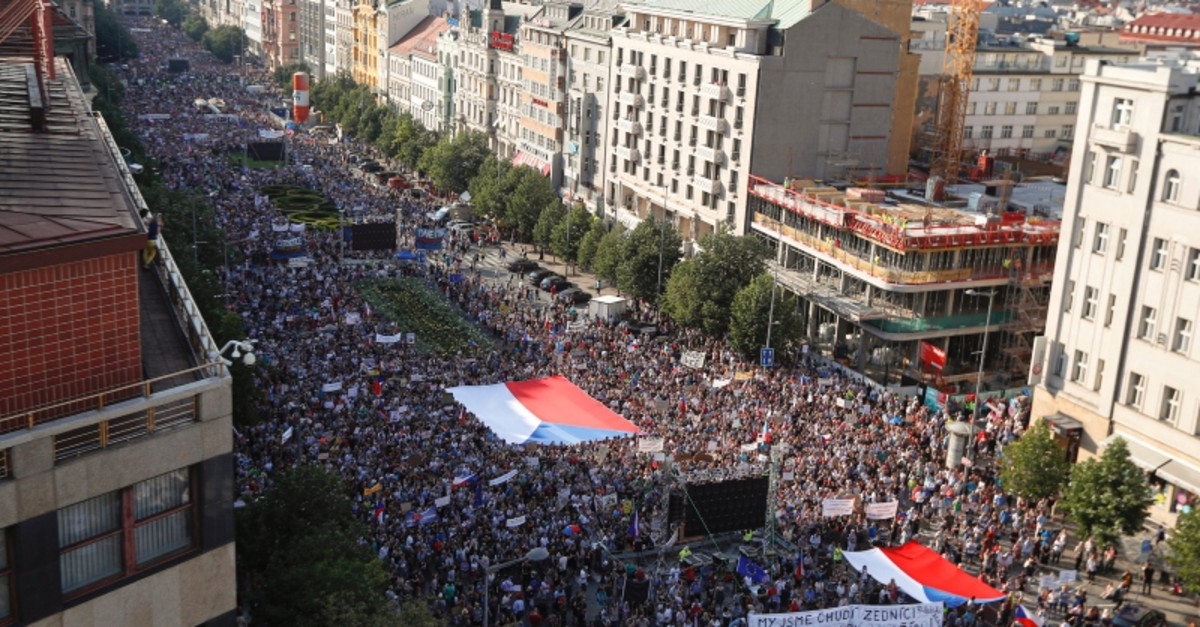 Tens of thousands of protesters filled the streets of Prague on Tuesday to demand the resignation of Prime Minister Andrej Babis, in one of the country's biggest political demonstrations since the fall of communism.

The protest was centred on Wenceslas Square, which was also the focal point of mass rallies during the Velvet Revolution in 1989.

The demonstration was organized by the A Million Moments for Democracy initiative who put turnout at 120,000 people. Demonstrators chanted "Shame! Shame!" and held up banners that read "Babis in jail." 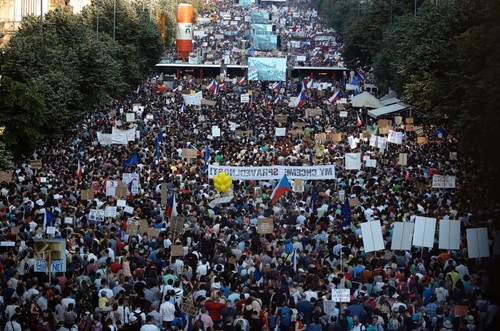 Babis, a multi-billionaire, is vowing to stay in power after allegations surfaced that he had illegitimately profited from EU funds in his business dealings.

The 64-year-old leader of the populist ANO party, Babis is the founder of a large business empire that spans areas such as agriculture, food and media. 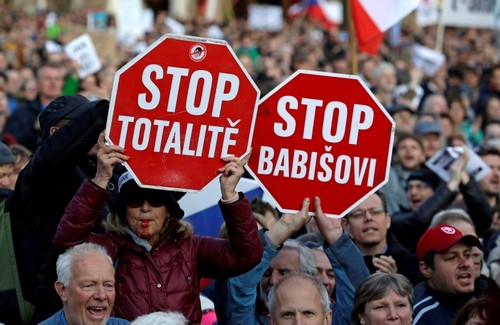 Though he put his holding company Agrofert into a trust fund in 2017, critics have accused him of indirectly maintaining control and a preliminary EU investigation published by Czech media last week said he had breached conflict-of-interest rules.

The EU could now demand repayment of up to 17.4 million euros (19.4 million dollars) paid to companies belonging to Agrofert. 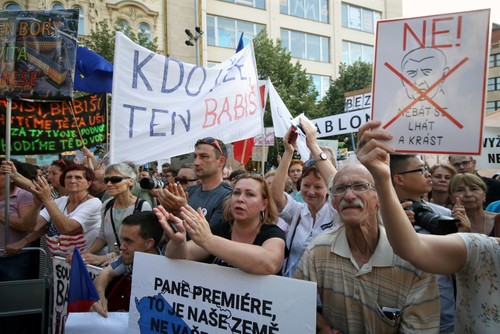 A 30-year-old protest participant told dpa that Babis should face justice. "I don't believe him," she said of Babis' repeated denials of wrongdoing.

Babis, who has led a minority government since late 2017, this week dismissed calls from the opposition for him to hold a confidence vote in parliament.