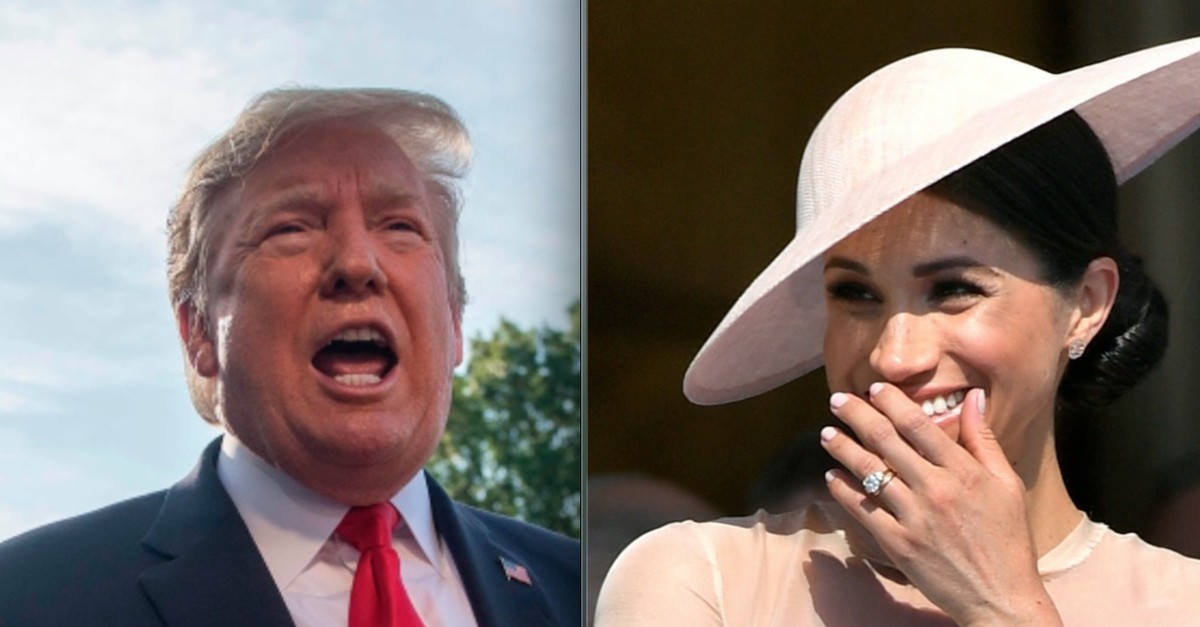 Donald Trump thinks that Meghan, wife of the British royal Harry, is "very nice" even if she has been "nasty" to him, the U.S. president said in pre-released extracts of a broadcast interview.

The rest of the wide-ranging interview, which ITV said would touch on Iran, climate change and Brexit, will be broadcast on Wednesday.

The former Meghan Markle, a U.S.-born actress and now the Duchess of Sussex, married Prince Harry, a grandson of Queen Elizabeth, last year, having criticised Trump during his 2016 election campaign.

"She's doing a good job. I hope she enjoys her life... I think she's very nice," Trump told ITV's "Good Morning Britain", according to a partial transcript ahead of the broadcast.

"She was nasty to me. And that's OK for her to be nasty. It's not good for me to be nasty to her and I wasn't."

The comments add to confusion surrounding Trump's feelings about the royal.

In an interview with British tabloid the Sun ahead of his trip, Trump was confronted with Meghan's 2016 comment that she would move to Canada if he won the presidency.

Trump said he was unaware she made that comment and said on audio tape: "I didn't know that she was nasty."

The comment sparked renewed criticism of how the president talks about women but he denied calling Meghan nasty in a tweet on Sunday.

He sought to clarify further in the ITV interview.

Trump is in Britain for a state visit, which will conclude on Wednesday when he goes to Portsmouth to commemorate the 75th anniversary of the D-Day landings of World War Two.

Trump and his wife Melania dined with the queen and her family on Monday at a state banquet. He toasted the queen at the dinner and on Tuesday described her as a fantastic person.

Trump also had warm words for Harry after meeting him at Buckingham Palace.

"I think he's a terrific guy. The royal family is really nice," Trump told ITV. "He couldn't have been nicer."