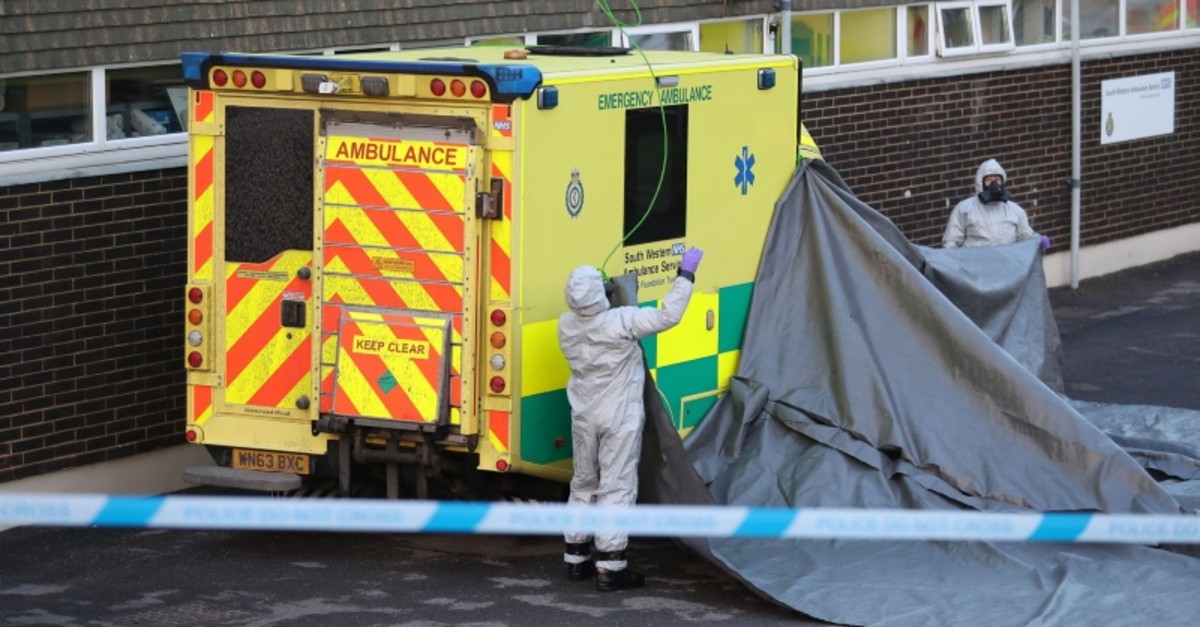 The United Kingdom said Thursday that resetting ties with Russia depended on Moscow changing its behavior, hours after Russian President Vladimir Putin said it was time to "turn the page" on the difficult relationship.

"We can only have a different relationship if Russia changes its behavior," a spokeswoman for Prime Minister Theresa May said, noting that the 2018 poisoning of a former Russian spy in Britain, blamed on Moscow, was a "despicable act."

"We have been clear that Russia's pattern of aggression and destabilizing behavior undermines its claim to be a responsible international partner," the spokeswoman added.

She added that London would continue to engage with Moscow on matters of international security,

Britain has accused Russia of orchestrating the March 2018 nerve agent attack against former double agent Sergei Skripal and his daughter in the English cathedral city of Salisbury, which Moscow has furiously denied.

The poisoning of Sergei Skripal and his daughter Yulia in Salisbury with a nerve agent prompted a wave of diplomatic expulsions and recriminations with ties between London and Moscow shriveling to a post-Cold War low in its wake.

British prosecutors have since charged two Russian military intelligence officers, known by the aliases Alexander Petrov and Ruslan Boshirov, with attempted murder in their absence, though the Kremlin has repeatedly denied Russian involvement.

However, Putin told heads of global news agencies at an economic forum in Saint Petersburg on Thursday that there was now "a need to finally turn this page — linked to spies and assassination attempts."