Long delayed Athens mosque to be opened in September 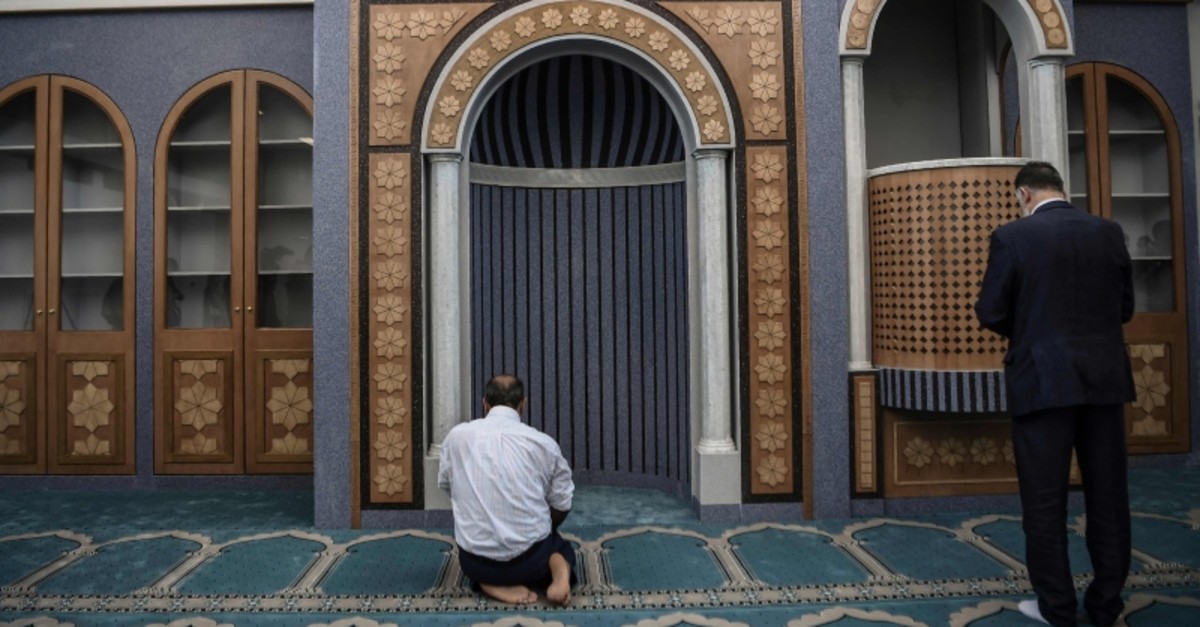 Muslims pray in a new mosque in Athens, the first official place of worship for Athens Muslims in over a century. (AFP Photo)
by Associated Press Jun 07, 2019 8:14 pm

Greece's education and religion minister says the country's long-delayed first state-sponsored mosque is likely to begin operating in September, about three years after its construction was approved by parliament.

Kostas Gavroglou spoke Friday during a visit to the nearly complete mosque on the outskirts of Athens' city center, accompanied by representatives of the Muslim community. Its construction has been controversial, with some opposing a mosque in the Greek capital.

"It is particularly good that soon there will be the first prayer from the imam of the Athens mosque. We hope this will happen in September at the latest," Gavroglou said.

The mosque, approved by lawmakers in August 2016 and built in a mainly industrial area of the capital, will provide an official place of worship for the country's Muslim immigrant community and for visitors. Tens of thousands of Muslim migrants live in the greater Athens area, and have been using informal prayer rooms in basements and disused stores.

Gavroglou noted the Athens mosque, unlike most in Europe, was a public and not a privately-owned place of worship.

"It doesn't belong to anyone, because it belongs to all of us and all of you," he said. "Here, the owner is not an individual, nor a community, nor a society nor a foreign country."

The near completion of the project has been greeted with relief by members of the capital's Muslim community.

"I would like to start by thanking Allah that we finally have a mosque where we can pray, we can gather, we can talk about out matters," said Zaki Mohamed, the mosque's imam.

Ashir Haidar, a representative of the Shia Muslim community of Greece, described the upcoming opening as "a dream come true."

Having to use informal prayer rooms dotted around the Greek capital often led to problems, with local residents sometimes objecting to some practices, said Alishba Zahra Rizvi, a 19-year-old from Pakistan who has been living in Greece for the past four years and came to view the new facility. "But here it's official, so we can do everything here, we can celebrate our festivals and everything."