4 charged with murder for downing MH17 flight over Ukraine 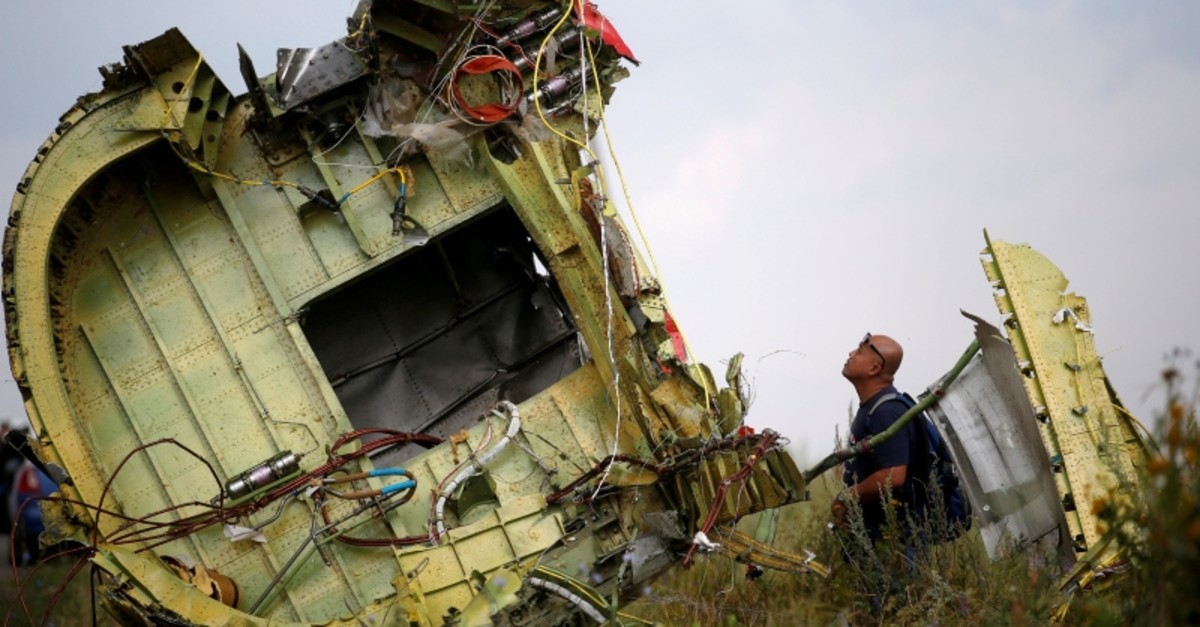 Four people, including a prominent eastern Ukrainian separatist commander, were charged with murder Wednesday in the 2014 downing of Malaysia Airlines Flight 17 over Ukraine that killed 298 people.

A team of international investigators announced the charges, saying the trial will start in March 2020 at the Hague District Court, sitting in a high-security courtroom near Amsterdam's Schiphol Airport.

The team said that even if the four may not have pushed the button itself to launch a Buk missile that downed the plane, they were implicated in the preparations of the launch, making it sufficient to charge them.

One of the suspects, Russian national Igor Girkin who led the separatist forces in Donetsk in 2014, dismissed the accusations.

The "insurgents did not shoot down the Boeing," he said in a phone interview with The Associated Press on Wednesday

Girkin has since been ousted from his post and now lives in Moscow. The other three people charged are Sergey Dubinskiy and Oleg Pulatov, both who have Russian citizenship, and Leonid Kharchenko, who is a Ukrainian national.

When asked about the charges, another Russian national, Alexander Borodai, who was rebel leader in Ukraine's Donetsk region in 2014 when the plane went down, told the AP that he "knows" that it is "untrue" that the separatists are behind the plane's downing. Borodai now lives in Moscow.

The announcement of the prosecution team further pointed fingers at the Russian authorities and they called on further cooperation from the government.

They said that they did not ask for the extradition of the four since the Russian Constitution prohibits it.

Russia's Foreign Ministry said it regretted the findings of the investigation and called murder charges against Russian suspects groundless.

"Once again, absolutely groundless accusations are being made against the Russian side, aimed at discrediting the Russian Federation in the eyes of the international community", the Russian Foreign Ministry said on its website.

Still, prosecutor Fred Westerbeke said "in the short term we will ask Russia to hand the summons to the suspects." He added that we will "ask for Russia to cooperate again with legal help."

Silene Fredriksz-Hoogzand, whose son Bryce was among the dead, expressed relief that five years after the plane was blown out of the sky above conflict-torn eastern Ukraine, a trial could finally start next year.

"This is what we hoped for," Fredriksz-Hoogzand said. "This is a start of it. It is a good start."

She added that she did not expect any of them to appear for the trial, due to begin on March 9.

All 298 passengers and crew on board the flight from Amsterdam to Kuala Lumpur were killed on July 17, 2014, when a missile shattered the Boeing 777 in midair, sending debris and bodies raining down onto farms and fields of sunflowers.

The families of those killed were informed of the trial date early Wednesday at a closed-doors meeting ahead of a news conference by investigators.

The investigation team, made up of detectives and prosecutors from the Netherlands, Malaysia, Australia, Belgium and Ukraine, last year said that it was convinced that the Buk missile system used to shoot down flight MH17 came from the Russian army's 53rd Anti-Aircraft Missile brigade, based in the Russian city of Kursk.

Russia has always denied responsibility for shooting down the flight and claimed last year that the Buk missile came from Ukrainian army arsenals. The Netherlands and Australia have said they hold Moscow responsible for providing the Buk missile system used in the downing.

Progress in the criminal investigation has been slow. The Joint Investigation Team, or JIT, appealed in September 2016 for witnesses to provide evidence that could help identify two men heard speaking on intercepted communications discussing movements of a convoy in the days before the attack.

At the time, the JIT said "there is no evidence that these calls are directly related to the shooting down of MH17."