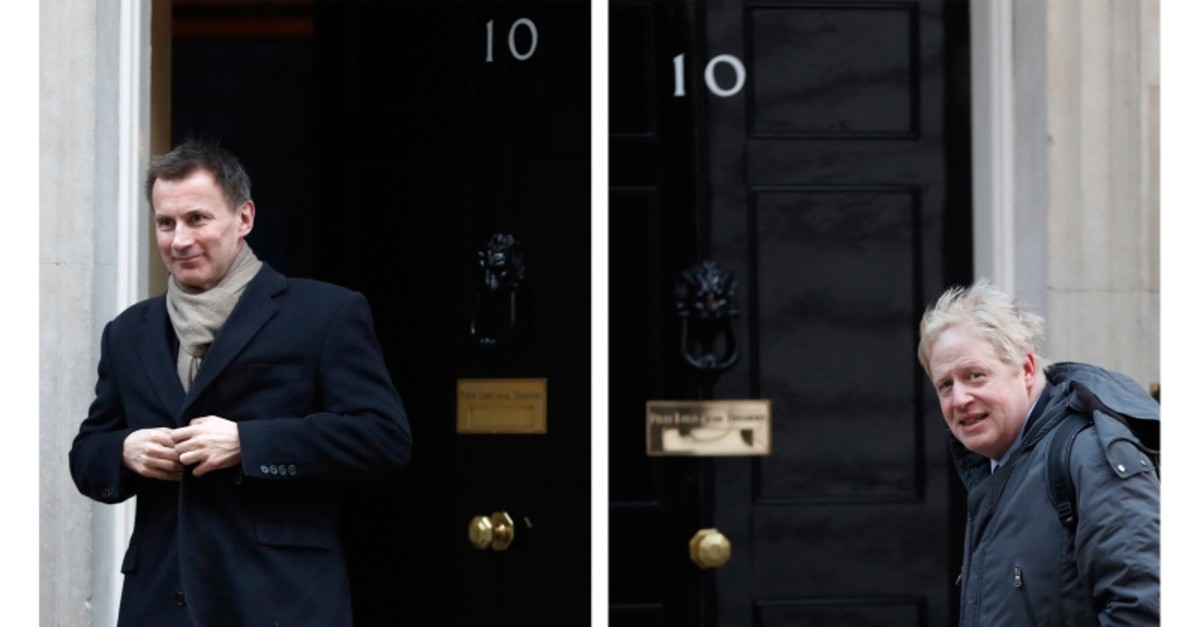 The winner of the contest to replace Theresa May as leader of Britain's ruling Conservatives and prime minister will be announced on July 23, the ruling party said Tuesday.

The two candidates were chosen from a field of 10 by the Conservative party's 313 MPs, and are now seeking to woo an estimated 160,000 party members who will make the final choice.

Postal ballots will be sent out between July 6 and 8, and the deadline for returning them has been set at 5 p.m. on July 22.

"The announcement of the next leader of the Conservative party will be made on Tuesday 23 July. This process has been agreed with both candidates," the statement said.

Once a successor is confirmed, May would be expected to visit Queen Elizabeth II to formally tender her resignation as premier.

Her replacement would then make his own visit to Buckingham Palace to be confirmed in office.

The Conservatives do not have a majority in parliament's lower House of Commons, but govern through an alliance with Northern Ireland's Democratic Unionist Party (DUP).

May announced her resignation last month after failing to get her Brexit deal through Parliament, faced with opposition from both Conservative MPs and the DUP.

It is possible that the main opposition Labour party calls an immediate vote of confidence in the new prime minister, to force them to prove they have the support to govern.

This would have to happen by July 25 when parliament breaks for its summer holiday, or wait until MPs return on Sept. 3.