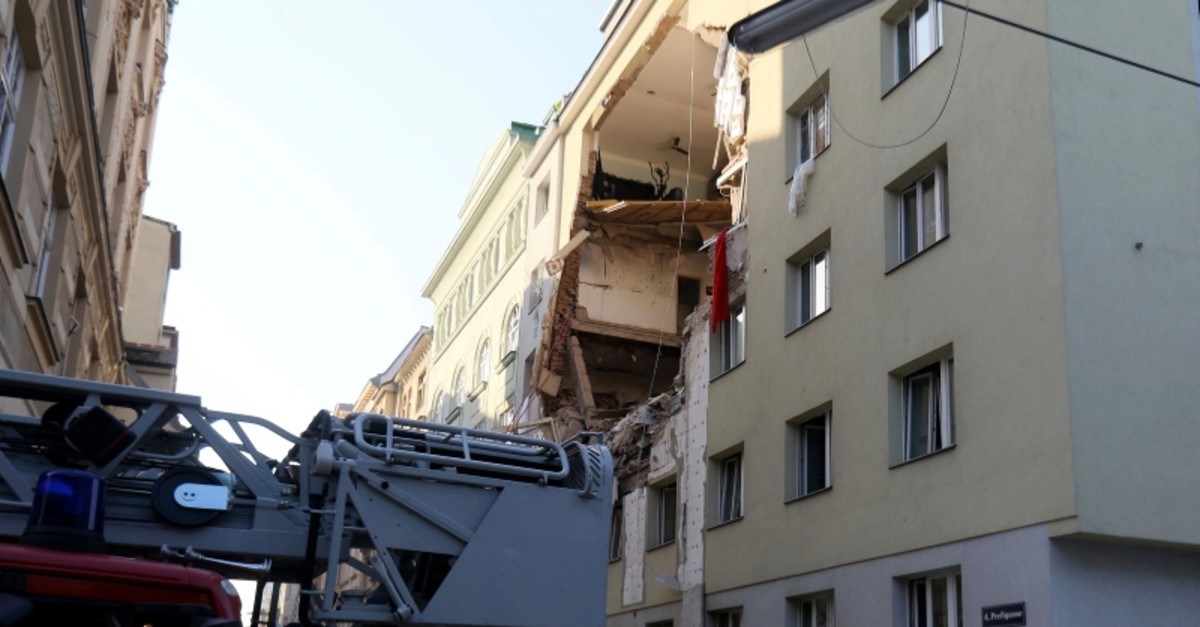 An apartment building in Vienna partially collapsed in an explosion on Wednesday, leaving a dozen people injured, the city police authority said.

Two of the people sustained serious injuries while the others were slightly hurt.

The blast that collapsed several floors of at least one building could have been a gas explosion, according to police.

Rescuers were searching the building for possible further victims, a police spokesman said near the scene in Vienna's central 4th district.

A video and pictures that were recorded by local witnesses showed a gaping hole in the facade of the apartment block that was built in the early 1950s.