141 runners collapse from heat at race in Germany's Hamburg 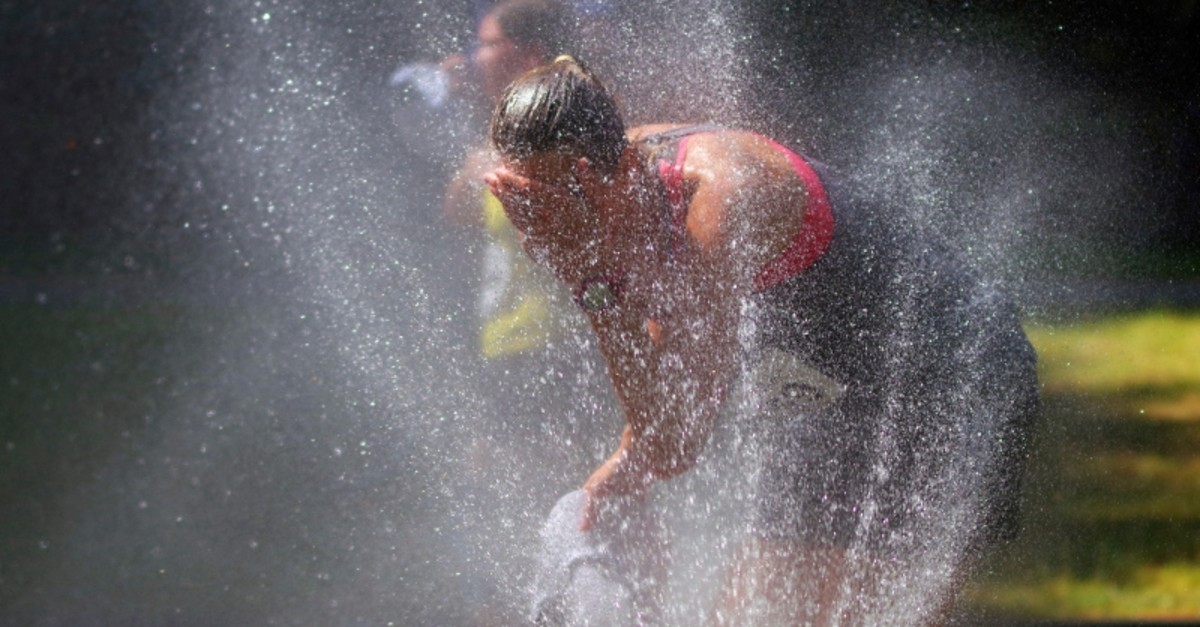 Firefighters spray water on runners at a half marathon in Hamburg, Germany, Sunday, June 30, 2019. (AP Photo)
by Jun 30, 2019 8:17 pm
Fifty-seven runners at Hamburg's half marathon were taken to hospital Sunday after some of the more than 8,000 starters collapsed in temperatures of up to 35 degrees Celsius, officials said.

A total of 141 runners needed treatment in what fire service officials described as "an emergency with mass casualties."

Eighteen ambulances were deployed as part of an emergency rescue response.

In Frankfurt, U.S. triathlete Sarah True needed medical treatment after collapsing while leading shortly before the end of the Ironman European Championship held in temperatures close to 40 degrees Celsius.

Medical attendants carried 37-year-old True from the course after she collapsed some 1,000 meters from the end of the marathon stretch of the swimming, cycling and running event.

"I can't remember the last kilometers," she said after recovering.