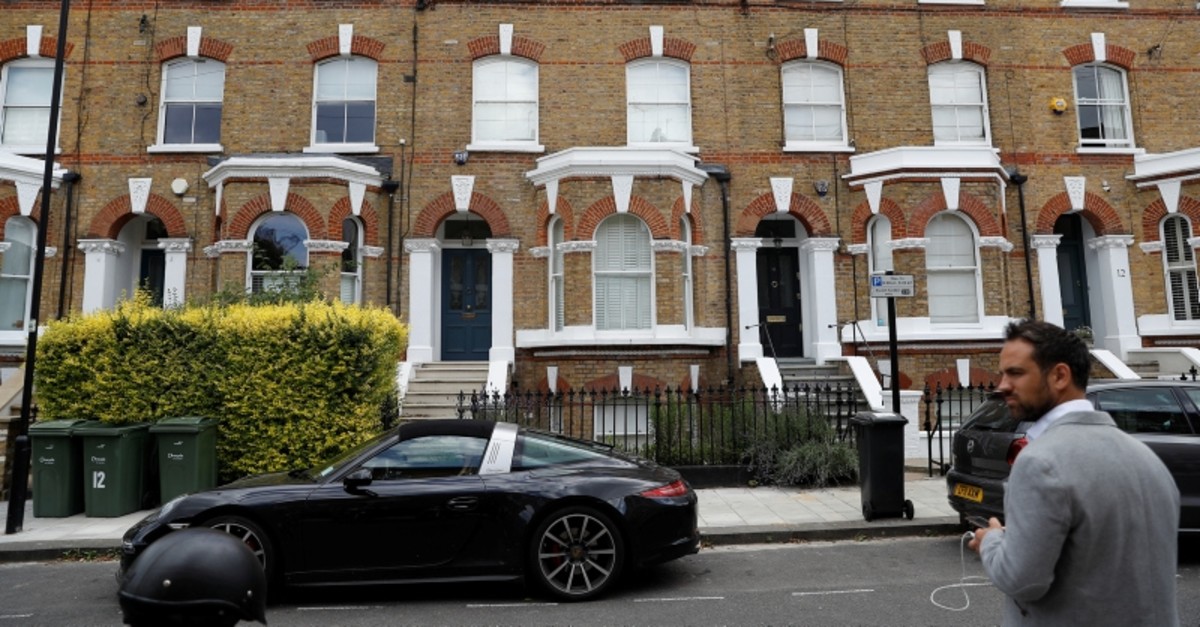 General view outside a house where the body of a suspected stowaway fell into the back garden from a plane flying over southwest London, Britain, July 2, 2019. (Reuters Photo)
by Compiled from Wire Services Jul 02, 2019 3:45 pm

The body of a suspected stowaway fell hundreds of meters from a plane flying over southwest London, landing in the garden of a man's home, just missing him as he sunbathed, according to neighbors.

Police believe the man fell into the property in Clapham from the landing compartment of a Kenya Airways plane as it lowered its wheels on the approach to Heathrow Airport.

A neighbor, who asked not want to be named, said the body landed only 3 feet (1 meter) from the resident.

"He was so lucky not to be hit and killed. The impact obliterated the body," the neighbor told The Sun newspaper.

"He didn't even realize what it was to begin with. He was asleep and then there was a huge impact."

Police said in a statement they were called to a home on Sunday after the body was found. A post-mortem examination is due to be carried out and the man has not yet been identified.

A bag, water and some food was found in the landing gear compartment of the plane after it arrived at Heathrow.

Photographs show the body landed partly on concrete paving slabs and partly on a lawn - leaving a crater in the garden of the house, which is more than 10 miles (15 km) from Heathrow.

Another neighbor told the Press Association that he heard a "whomp" when the body hit the ground, and went upstairs to look out of a window.

"At first I though it was a tramp asleep in the garden. He had all of his clothes on and everything," the neighbor was quoted as saying.

"I had a closer look and saw there was blood all over the walls of the garden. His head was not in a good way. I realized immediately that he had fallen."

Describing the victim, the neighbor added: "One of the reasons his body was so intact was because his body was an ice block."

"It is unfortunate that a person has lost his life by stowing aboard one of our aircraft and we express our condolences," the airline said in a statement.

Stowaways have previously landed in trees and on shop roofs in London after falling on the approach to Heathrow.

Many stowaways do not survive due to the lack of oxygen and freezing temperatures in the wheel-wells of aircraft flying at high altitude.

Several bodies have been found along the Heathrow flight path in west London, according to aviation expert Alastair Rosenschein.

Jose Matada fell to his death in 2012 from a British Airways flight from Angola. He was not reported missing and it took six months to identify him.

The inquest into his death heard that he endured temperatures of between minus 50 Celsius and minus 60 Celsius and suffered a lack of oxygen before he fell to earth.

In 2015, the body of a stowaway on a British Airways flight from Johannesburg to Heathrow landed on a shop in Richmond, southwest London. A second stowaway survived the 10-hour flight and was found in the undercarriage of the plane.