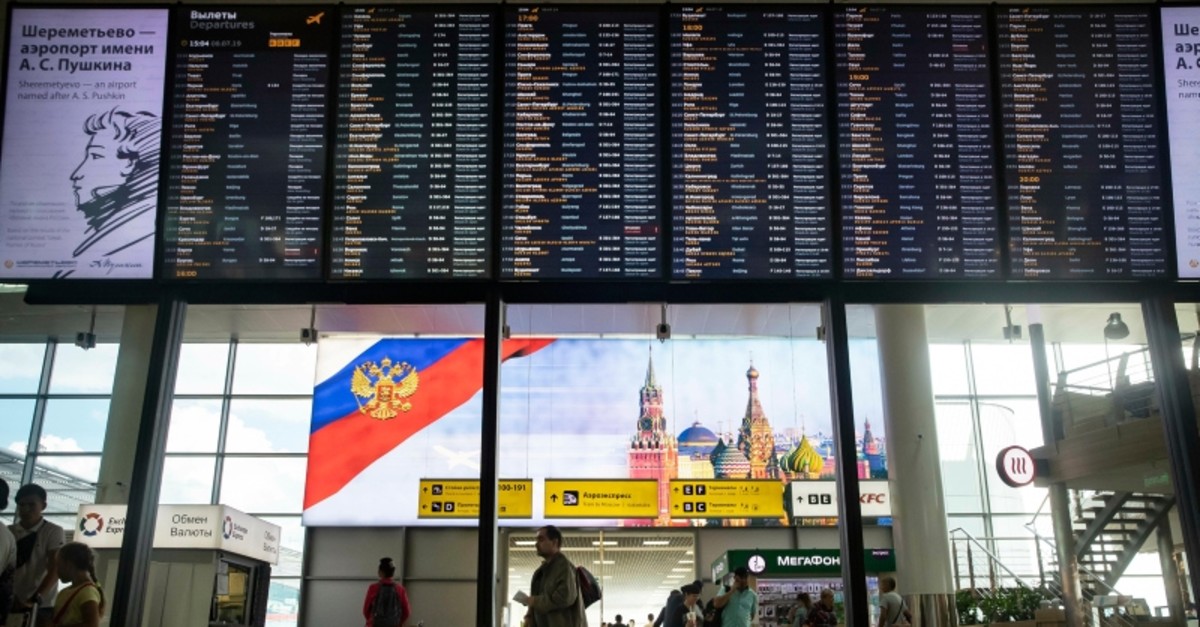 A Kremlin ban on direct flights between Russia and Georgia took effect Monday, affecting thousands of travelers and dealing a serious blow to Georgia's tourism industry.

The flight ban impacted dozens of flights operated by six Russian airlines and one Georgian airline. President Vladimir Putin introduced it following a wave of anti-Russian protests in the Georgian capital sparked by a Russian lawmaker's appearance at the Georgian parliament.

Oksana Litvyak, who lives in the Russian town of Tosno outside St. Petersburg, grew up in Georgia and her parents and sister still are there. Litvyak bought airline tickets to go to Tbilisi in August the day before the Georgian parliament protests.

"I broke down and cried and got really angry but then started looking for new tickets," she said. "This ban has hit ordinary people the worst because Russia and Georgia are tied together by centuries of history."

Thousands of demonstrators converged on the Georgian parliament last month to protest what they saw as the Georgian government's pro-Russia stance. Police fired rubber bullets and tear gas to disperse protesters who tried to break into parliament, and the clashes left 240 people injured.

The demonstrations reflected deep anti-Russian sentiments in Georgia, which made a botched attempt to regain control over the breakaway province of South Ossetia during the presidency of Mikheil Saakashvili, sparking the 2008 war with Russia. Moscow then recognized the independence of South Ossetia and another breakaway Georgian province of Abkhazia and set up military bases there.

Last month's protests marked the largest outpouring of anger against the ruling Georgian Dream since it took power in 2012. The opposition accuses the Georgian Dream and its billionaire founder Bidzina Ivanishvil of being overly friendly to Russian interests.

Tensions further escalated Monday after a host on Georgia's pro-opposition Rustavi 2 television station unleashed a stream of profanities about Putin and his parents in a live broadcast. Georgian officials quickly denounced the move, describing it as another attempt by the opposition to deepen the rift with Moscow.

Russia's Foreign Ministry criticized the TV host's move as a manifestation of "unbridled Russophobia," and some Russian lawmakers drafted new sanctions against Tbilisi.

"They must think twice before taking such actions against the Russian Federation," Volodin said in televised remarks.

Ramzan Kadyrov, the leader of the Russian province of Chechnya that borders Georgia to the north, denounced the Georgian TV host as "scum." The host should be hiding "behind seven fences" from "millions of young men who deeply respect Vladimir Putin," Kadyrov warned.

Amid the tensions, several rival demonstrations were held in Tbilisi, including one outside Rustavi 2's offices over the host who disparaged Putin.

"This is a total collapse of the segment that worked for the Russian market," Japaridze said.