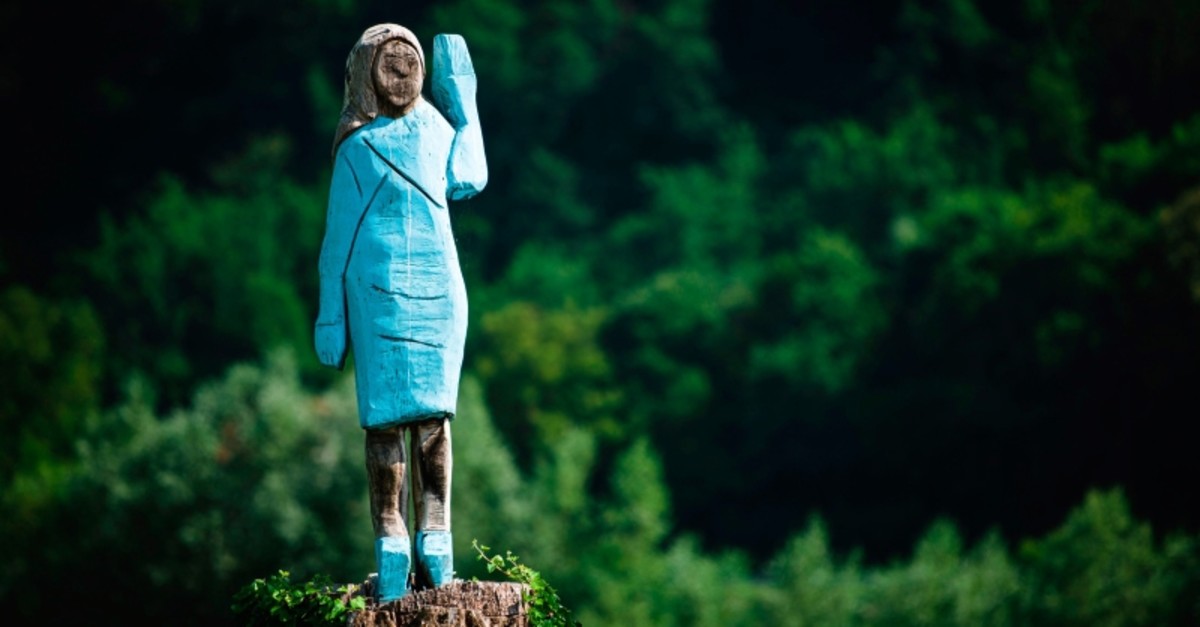 After Melania cake, Melania honey, and even Melania slippers, the Slovenian hometown of the U.S. first lady will now boast a statue of its most famous daughter — albeit one that has faced decidedly mixed reviews.

The life-size statue on the outskirts of Sevnica was inaugurated on Friday and is the brainchild of 39-year-old American conceptual artist Brad Downey, who says it's the first monument anywhere dedicated to the wife of U.S. President Donald Trump.

The sculpture was carved into a tree using a chainsaw and depicts Melania in a blue dress raising her left hand in a waving gesture, emulating a pose she struck at her husband's 2017 inauguration.

Its somewhat naive style has led some critics on social media to brand it a "scarecrow".

"I can understand why people might think that this falls short as a description of her physical appearance," Downey told AFP, but insisted that he found the end result "absolutely beautiful".

Since Donald Trump took office in 2017, sleepy Sevnica has become a magnet for tourists and journalists searching for insights into the American first lady's past.

Entrepreneurial locals have been cashing in on the influx, offering a bewildering array of Melania-branded food and merchandise as well as a tour of the area taking in the key sites of her early years.

Downey came up with the statue as part of a project aimed at exploring the first lady's Slovenian roots and commissioned local artisan Ales Zupevc -- also known as "Maxi" -- to actually carve the sculpture.

Downey told AFP he was struck by the fact that Maxi was born in the same year and in the same hospital as Melania herself.

He said conversations with Maxi had enabled him to see Melania's ancestral region through local eyes.

"You see this river that she would have seen as a child, you see the mountains," he said.

However, not everyone has been moved to wax lyrical about the artwork.

Nika, a local 24-year-old architecture student, told AFP: "If the monument was meant to be a parody, then the artist has been successful.

"We in Sevnica can only laugh and, at the same time, hold our heads in our hands over their (the Trumps') catastrophic reputation," she added.

Katarina, a 66-year-old resident of nearby Rozno, said that she thought the monument was a "good idea".

"Melania is a Slovenian hero, she made it to the top in the U.S.," she said.